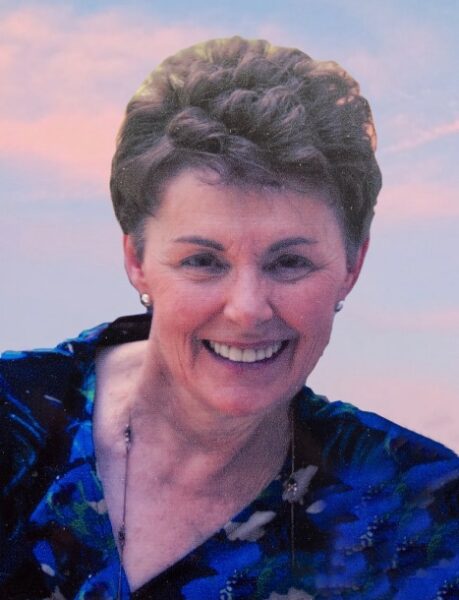 Westborough – Jacqueline “Jacqui” Tarr Dempsey (Lussier), 85, of Westborough, passed away peacefully at home with her loving family by her side on June 13, 2021 from Parkinson’s Disease.

Born in Holyoke to the late J. Armand and Lucia A. (Robert) Lussier, she attended St. Anne Academy in Marlborough and studied at the Mass College of Pharmacy. At 19, she was a finalist in the local Miss Breck competition. It was at her first job at the Monsanto Corporation that Jacqui met some dear friends and her husband, Fred P. Tarr, marrying in 1958.

Beloved mother of six children, the family settled in Lexington where Jacqui flourished in her role as homemaker; you may have found her sewing complete Easter ensembles for her four girls, creating elaborate birthday cakes with flowers from her garden, painting the house or teaching her kids to knit or crochet – always with an eye toward maintaining a beautiful household, and always harmonizing to any music she heard.

She is remembered for her ability to get her children to appointments, church, or the beach in record time, often being referred to as “Mario Andretti” by some of her children and their friends. In addition to her busy home life, Jacqui was an active member of St. Brigid Church. She met her lifelong girlfriends in the Women’s Club, where they shared their faith, books, good food and life experiences for almost 50 years.

Jacqui was a Eucharistic Minister, a CCD teacher, a 4H leader and volunteer at the Pine Street Inn. Her family has lost count of all the ways she contributed to endeavors of family and friends. Once her kids were in school full-time, Jacqui joined the Foster-Miller Corporation as office manager where she looked after the large engineering team.  In 1987, Jacqui and Fred moved to Bangor, Maine where she co-managed family real estate with Fred and participated in her local church community, volunteered at the Bangor Food Cupboard and her beloved prison ministry.

Following Fred’s sudden onset of Multiple Myeloma, and in a short three months, Jacqui sold the family business and her home and moved Fred down to Massachusetts, where she eventually settled in Westborough with her daughter Susan. In Westborough Jacqui oversaw Fred’s care and joined the St. Luke community where she was an Extraordinary Eucharistic Minister and had found a spiritual home and dear friends.

Following her husband Fred’s death in 2006, Jacqui met Paul F. Dempsey at her St. Luke rosary group, marrying in 2008 until his passing in 2015. Jacqui and Paul helped fund a new home with plumbing for a family of six in Haiti, which gave her much joy.

After learning she had Parkinson’s Disease, Jacqui joined the Westborough Parkinson’s support group and brought her love of singing to the Parkinson’s Choral Group of Central Massachusetts, performing at local nursing homes and hospitals. In her final days, Jacqui was supported by family, friends, spiritual advisors and loving caregivers who always spoke of her sweet and loving nature.

Jacqui’s friends remember her for her kindness, her joy of cooking and her love of singing.

In lieu of flowers, donations may be made to the American Parkinson Disease Association at https://www.apdaparkinson.org/1700d2l/.