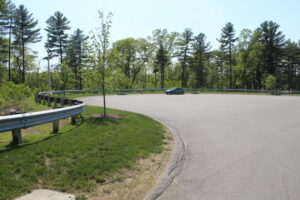 SHREWSBURY — As developers NorthBridge Partners plan to build a campus in Shrewsbury, NorthBridge is also looking to build a warehouse just over five miles away in Boylston.

That proposed distribution facility would be located on Pine Hill Drive, and the developers said it may open next year.

In an email, Shrewsbury Town Manager Kevin Mizikar said the town has been following the project and attending Boylston Planning Board meetings.

He said that, while additional traffic is “always a concern,” Shrewsbury has been working with the Massachusetts Department of Transportation and State Rep. Hannah Kane (R-Shrewsbury) to make traffic improvements near the site.

The plans were in front of the Boylston Planning Board June 15. During the meeting, Larry Beals of the engineering firm Beals Associates Inc. said the plan is being peer-reviewed while they hoped to resolve a couple “minor” issues over the next several weeks.

NorthBridge wants to construct the 396,375-square-foot warehouse on a 60-acre site with an entrance off a cul-de-sac on Pine Hill Drive, which is just down the road from the FedEx facility in that area.

According to the draft plans, NorthBridge is proposing a total of 427 parking spaces at the site.

Beals said the site appealed to them because it’s located on Route 140 and sits just a short connector road away from Interstate 290.

He said all of the traffic will turn right onto Route 140 and head toward Interstate 290.

“Thankfully, our proposed traffic — the minimal trips generated by the proposed facility — will not have an adverse effect on the operating conditions of the roadway network,” Solli said.

Planning Board associate member Richard Baker noted that FedEx’s tractor trailers deliver during off-peak traffic hours, but its delivery trucks come in and out throughout the day.

“The actual tractor trailer traffic — is that coming 24/7 or is it concentrated in certain time period days?” Baker asked.

Owen Hall, Director of Asset Management and Development at NorthBridge, said NorthBridge tries to make its facilities as flexible as possible. He said they didn’t have a tenant yet.

“What we’re trying to do is cast as wide a net for prospective tenants and make the building as marketable as possible,” Hall said.

The plans will be back before the Boylston Planning Board on July 6 at 6:30 p.m. That meeting will be held in-person at Town Hall.