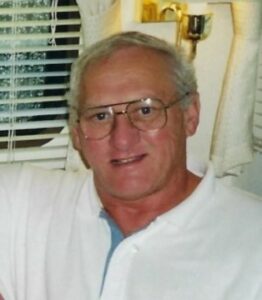 Auburn/York, Maine – On Tuesday July 20, 2021, John J. Chumsae, Jr. finished his work on Earth and has gone to live with his Heavenly Father. He was 86 years old.

John was predeceased by his parents, the late John J. Chumsae, Sr. and Agnes (Cormier) Chumsae; his daughter-in-law, Ann Chumsae; and his siblings: Raymond Chumsae, Virginia Dickman, and Joseph Chumsae.

Born, raised, and educated in Worcester, John was a graduate of North High School, where he was one of Worcester’s Football All Stars. He began working with his father at Eastern Climate Control in the HVAC industry, before attending Fitchburg State University and receiving his Associate’s degree. John was passionate about teaching and began his career at Bay Path Regional Technical Vocation High School in Charlton. He later retired from Worcester Technical High School, where he was the Sheet Metal Instructor, football coach, and director of the VICA Program (Vocational Industrial Clubs of America).

John and Patricia brought up their children in Auburn, their home for over forty years, before moving to York, ME to live in the cottage he built and had previously only spent their summers. Building the cottage, he wanted a place for all of his children, grandchildren, and great-grandchildren to enjoy, and that they did. While living in Maine, he volunteered for the local elementary and high schools, assisting with after-school trade studies. When he wasn’t teaching, spending time with his family, or playing with the family dogs, John could be found on the golf course (Cape Neddick Country Club, specifically). He was an avid sports fan, and loved coaching Little League. He and his family enjoyed many special memories made in Maine, as well as in Deer Park Resort, in the White Mountains of New Hampshire.

John’s family would like to sincerely thank Dr. Todd Adams, of York, ME; Dr. Thomas Walsh, of Worcester/Shrewsbury; Dr. Richard Wholey, of Worcester; Dr. Yaron Goldman, of Worcester; and Dr. Jarrod Faucher, of Worcester; for their care and compassion throughout the months and years, along with the staff of JHC Hospice – especially Michelle, Joyce, Hillary, Marcy, and Megan.

John received incredible caretaking from his granddaughters, Michele and Jennifer, and to them, we are forever indebted. Thank you, from the bottom of our hearts.

Relatives and friends are invited to visit with the Chumsae family between 2:00 and 4:00 PM on Sunday, July 25th, 2021 at the BRITTON-WALLACE FUNERAL HOME, 91 Central Street, Auburn, MA. His funeral Mass will be celebrated at 10:00 AM on Monday, July 26th, 2021 at St. Aloysius – St. Jude Church, 489 Pleasant Street, Leicester. Burial will be held privately in Hillside Cemetery in Auburn.