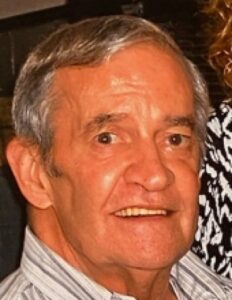 Born in Buffalo, N.Y. to Carl Joseph and Jane M. (Dendura) Koenig of Kenmore, N.Y., he graduated from the University of Buffalo with a degree in Electrical Engineering. On July 16, 1966, he married Rae Marie Schofer and their family grew by two, a son Jay and a daughter Jodi.

Rick was employed by Union Carbide and Linde Corporation for many years in Buffalo, Tarrytown, N.Y. and in Danbury, Conn. Rick and Rae moved their family to Shrewsbury in 1986 when he began working at the Computer Security Institute. Rick became a specialist and spoke across the country at various engagements on the topic of Computer Security.

Rick was very active in many organizations throughout his life, including the Boy Scouts of America, both as a Scout and as a Leader. He was honored by the Jaycees in Yorktown, New York City, and Yorktown Heights, N.Y. for all of his work with the Special Olympics.

Rick enjoyed sailing and for many years was active in crewing and racing sailboats on Lake Ontario and Long Island Sound.

Relatives and friends are respectfully invited to attend a memorial service honoring the life of Rick on Wednesday, July 28, at 1 p.m., at Chiampa Funeral Home – 5 Church Road, On the Common, Shrewsbury Center.

In lieu of flowers, donations may be made in Rick’s honor to ALS Association Massachusetts Chapter, 685 Canton St., Suite 103, Norwood, MA 02062, or the Special Olympics.