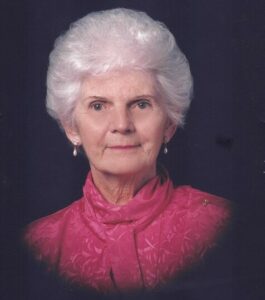 Born and raised in South Boston, she was the daughter of the late Edward C. and Dorothy (Mullen) Donovan. Her family would like to thank the medical professionals and support staff at Knollwood Nursing Center, the staff at Summit Elder Care, and the staff at Christopher Heights for their loving care during her final days.

She worked as a job counselor for the C.E.T.A. program in the mid ‘70s. She was then employed by the Raytheon Corporation in the Wayland and Marlborough facilities in computer tech support for the contract department, retiring in 2004.

Dottie had a great love and respect for public servants and “Givers” everywhere. She was the daughter, sister, niece, aunt, mother, and grandmother of veterans, Boston fire fighters, educators and medical professionals. She was a true Boston sports fan following the Patriots, Red Sox, Bruins and Celtics. She had many friends in Marlborough and beyond. Dottie was best known for the love of her family with an amazing wit and keen sense of humor. “God, family and country” was her mantra. She was a member of Immaculate Conception Parish.

She is survived by her son, Stephen Creamer and his wife Linda of Marlborough; her daughters, Diane Eddy and her husband Michael of Grafton and Noreen Bucchino of Marlborough; her brother, Edward Donovan, and her sister Marion Donovan and sister-in-law Marie Donovan, each of South Boston; her grandchildren, Kevin Creamer and his wife Melissa of Marlborough, Courtney Shoro and her husband Edward of Holden, Kelsey Scerra and her husband Stephen of West Boylston, Joseph Eddy of Grafton, Christine Eddy of Portland, Maine, and Michael Bucchino of Marlborough; and her great-grandchildren, Ryan Shoro and Stephen Scerra, with many nieces and nephews. She was predeceased by her sons, Michael and Richard; her sister, Helen Pistorino; her brothers, Robert and John Donovan; her granddaughter, Merrill Creamer; and her great-grandson, John Michael Shoro.

Donations may be made in Dorothy’s name to the New England Shelter for Homeless Veterans, 17 Court St., Boston, MA 02108.