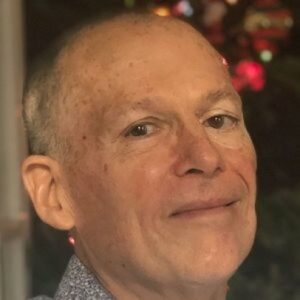 Shrewsbury – Scott E. Foley passed away on July 26, 2021 at the age of 69 following a thirteen-year battle with adenoid cystic carcinoma. Although his initial prognosis was five to seven years, Scott was a true warrior who defied the odds and fought with exceptional courage, strength, grace (and a healthy dose of stubbornness) until his final moments. He died at home with his beloved wife, Christine at his side.

Scott was born on Dec. 15, 1951 in Worcester, a son of the late Raymond J. and Eleanor M. (Kelley) Foley. Raised in Shrewsbury, he graduated from Saint John’s High School in 1969 and then earned his Bachelor’s degree from The College of the Holy Cross in 1973. He worked for many years as a senior computer software engineer, most recently at BTI Inc. in Littleton, until his retirement in 2016.

Scott was a true Renaissance man with a wide range of talents, skills, and interests. He was a gourmet chef, a coffee connoisseur, a master carpenter, a home designer, an emergency plumber, an unlicensed electrician, a swing set and trampoline assembler, a compassionate listener, a problem solver, an inventor, and an expert car and motorcycle mechanic. He rebuilt his 1966 Harley Davidson FLH Shovelhead piece by piece for over a year, and once it was finished (meaning perfect in every last detail!), he relished the many travels and adventures he had with his Harley and his close friend, Craig Dodson.

Scott also loved the game of golf. While a member of the Whitinsville Golf Club he met the love of his life and true companion, Christine H. Houle. He did what any smart man would do and married Christine at The Victorian in Whitinsville on June 25, 1994, and together they created their forever home in Shrewsbury. Their love for each other and for family grew with the birth of three sons, Matthew, Andrew and Scotty, and over the years they all shared a passion for golf and other sports. Scott devoted his life to his family and always put them first. He was never happier than when he was caddying for them, coaching their teams, and cheering them on during hockey, lacrosse, baseball, football, and track events. He also cherished their annual family vacations to Hermit Island in Phippsburg, Maine and enjoyed cruising in his black Z4 BMW convertible.

Family and friends will honor Scott’s life by gathering for calling hours at Saint Mary’s Church, 640 Main Street, Shrewsbury, on Thursday, July 29th from 4 to 7 p.m. His funeral Mass will be celebrated on Friday, July 30th at 10 a.m. in the church. Burial is private.