Hutchins to be honorary Grand Marshal 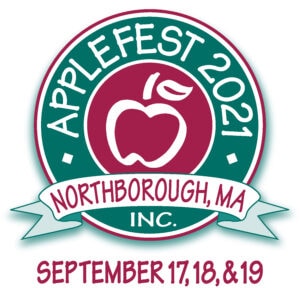 NORTHBOROUGH — With Applefest excitement in the air, the Applefest Committee has announced that this year’s Grand Marshal will be Dawn Rand.

Rand, who owns Dawn’s School of Dance, served on the Board of Selectmen for over 20 years until 2020.

“I’m very honored and humbled to have been named as Grand Marshal of Applefest,” Rand told the Community Advocate. “As I told [Applefest Committee Chair Michelle Gillespie], I think there are many more people deserving of this title. I have been involved in town government since I was 19 years old, and I loved being able to serve my community!”

The Grand Marshal is selected after community members send in letters with suggestions.

Rand has recorded over 50 years of service on various Northborough boards, committees and commissions.

She has been involved in Northborough government since she was appointed to the town Appropriations Committee at the age of 19.

As Grand Marshal, Rand is invited to attend every event during Applefest, from the senior luncheon, to the classic car show, to the fireworks. Rand will have the opportunity to pick the winners of the car show.

The Applefest parade will be back next year. Gillespie said that Rand will be joined in that parade by 2020 Grand Marshall, Geoff Kelly.

Hutchins will be honored during the firework display this year.

“We thought that his impact to the community and to law enforcement in general over the years was so significant,” Gillespie said.

She called Hutchins a “pioneer” in updating law enforcement, saying his training and protocols were replicated in other departments across the state.

Hutchins, who was 80, passed away in his Northborough home in early July after battling with various cancers for 20 years.

He was recognized during a recent Board of Selectmen meeting.

Police Chief William Lyver shared the changes Hutchins made to the Northborough department, like making all of the town’s cruisers the same colors, building a new police station and making sure everyone had their own portable radio.

“He implemented programs that some departments are just starting to do now back in the early 80s,” Lyver said.

Applefest is scheduled to take place between Friday, Sept. 17 and Sunday, Sept. 19.

‘He will be missed’: Northborough remembers Chief Hutchins (communityadvocate.com)