How can the Community Advocate help you promote your business?
Print Ads
Web Ads
Digital Marketing
Home Hudson Hudson to honor those who died from overdose
Facebook
Twitter
Email 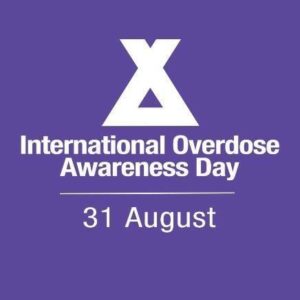 HUDSON – Town Hall will memorialize those lost to drug overdoses and acknowledge the grief of friends and family by participating in International Overdose Awareness Day later this month.

Held globally on August 31, the purpose of the day is to raise public awareness of overdoses and reduce the stigma of drug-related deaths by collectively recognizing the loss and grief of those left behind.

“We are stronger together,” Director of Public and Community Health Kelli Calo wrote in an announcement. “We want to show the country that Massachusetts is a beacon of hope when it comes to combating this public health crisis.”

Hudson, with a population of about 19,000, has seen 82 overdoses over the last three years. Sixteen Hudson residents have died of overdoses since 2018, according to Hudson Health Department data.

Statewide, opioid-related overdose deaths have risen steadily since 2000. There are now annually six times as many such deaths per capita. After several years of level stats, the number of overdose deaths peaked in 2020, according to state data. The uptick was attributed by experts to pandemic-related isolation and the general strain on health and support resources.

On August 31, the town will display a white flag for each fatal overdose and a purple flag for every non-fatal overdose for a total of 82 flags to fly at Town Hall from August 30 to September 3.

“No one should feel shame or disgrace at the death of someone they love from drug overdose,” Calo said.