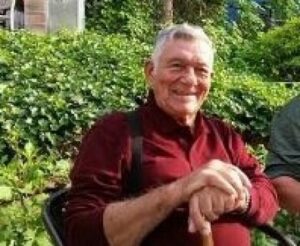 Dick is survived by a brother, Alfred E. Smith of Navato, Calif.; a sister, A. Brenda Gaffney of Southborough; his children, Stephanie Smith Gibree and her husband Arthur of Boylston, Richard Carl Smith and his wife Sheila of Shrewsbury, and Martin James Smith and friend Lisa Denapoli of Westminster; one grandson, Arthur Richard Gibree of Bremerton, Wash.; and his companion of 41 years, Ruth Ora Mortensen.

At the age of 4, Richard and his family moved to Southborough, and he graduated from the former Peter’s High School, class of 1952.

Dick then worked for Telecron several years before going to Raytheon Company where he was a precision inspector and retired after 35 years.

He served with the Massachusetts National Guard, belonged to the Ham Radio Club in Marlborough, and was a licensed pilot.

Upon moving to New Bern, N.C., in 1998 he became a master gardener and received his 20-year service pin from them.

Dick was a long-time member of the Experimental Aircraft Association, the ATF Home Brew Club, and the Craven-Pamlico Beekeepers Club. He enjoyed woodworking, mechanics, and tinkering in his well-stocked shop, but most of all he loved helping people and made many fine friends everywhere he went.

A memorial service was held in New Bern, N.C. A graveside service will be held at Southborough Rural Cemetery, 11 Cordaville Rd., on Saturday, Aug. 21, at 11 a.m.

Local arrangements are under the care of the Morris Funeral Home, Southborough. To leave words of condolence to the family, please visit www.morrisSouthboroughfuneral.com.