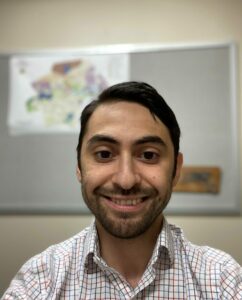 WESTBOROUGH – After Westborough spent more than a year without an economic development coordinator, Zach Boughner says he brings to the position a desire to give the town a business-friendly reputation.

Boughner, who is in his twenties, said in a recent interview that, while many people he speaks to over Zoom or phone are taken aback by his age when they meet him in person, he sees his youth as an asset.

“I bring in a bit of a fresh perspective to how things are done here,” Boughner said. “I am not somebody that wants to say, ‘Oh, this is how we’ve done it in the past, so this is how we’re going to do it.’”

Boughner had worked as a management consultant at the firm McKinsey & Company, where he started doing economic development work.

He said that this type of work was the most satisfying, adding that, when the pandemic began, he started to consider working in the field of economic development full-time.

Boughner applied to be Westborough’s economic development coordinator after seeing a posting on the Massachusetts Municipal Association website. He became convinced that the position was a good fit for him after doing an interview and meeting people both in town government and on the Economic Development Committee (EDC).

“It really was the perfect opportunity for me to shift from doing more strategy work and actually kind of rolling up my sleeves,” Boughner said.

Boughner said that his main personal goals are to meet every business owner or manager in Westborough and to recruit two more restaurants for the downtown area. He said one, The Coop of Milbury, has already been recruited for an expansion in a storefront adjacent to Town Hall.

Boughner also wants to remedy what he called a false perception that Westborough is not friendly for businesses, saying that when outdoor dining was nascent during the pandemic, the Board of Selectmen was regularly meeting to approve it for businesses.

One of Boughner’s main goals for the EDC is to create a vibrant and healthy downtown Westborough area. He also wants to continue supporting businesses that had struggled during the pandemic.

Boughner said the EDC has partnered with the Massachusetts Department of Housing and Community Development and the consulting firm Hagerty Group to help the town leverage the Local Rapid Recovery Plan to develop projects for revitalizing the area.

Boughner said the town is considering projects that would activate public spaces. These projects could include sidewalk dining, public art installations and improved wayfinding through signage.

Boughner also listed the creation of a comprehensive outreach strategy and the recruitment of more EDC ambassadors to reach out to businesses as major goals.

He further wants to revise EDC structure procedures, saying that it was worth considering whether the EDC should have fewer members who are town staff.

The difficulty of navigating changing regulations regarding COVID-19 was a major challenge Boughner recounted, as was entering a position that had been dormant for more than a year.

“A lot of what my department [had] has needed significant updates and significant changes,” Boughner said. “[It] needed to be brought up to speed so that it’s consistent with where things are today,”

However, he added that he could not have asked for a better committee than the very supportive EDC, which he said had helped him with networking in the town. He also praised the help of Bonnie Sullivan, the former EDC chair who just stepped down in June.

“I can’t say enough how helpful Bonnie has been in terms of helping me adjust to this role and getting me set up for success,” Boughner said.

Boughner encourages business owners in Westborough to apply for the EDC grant of $5,000 to expand their businesses. That grant can grow to $10,000 if businesses apply to a matching program at the state or federal level. He added that new businesses can also use grants to pay for rent.

“It’s a program that honestly every Westborough business could take advantage of,” Boughner said.

He also encourages people who either operate a business in Westborough or live in town to apply for one of two vacancies on the EDC. He said those interested in applying could send a letter of interest to Cela Dorr at [email protected] by August 16.