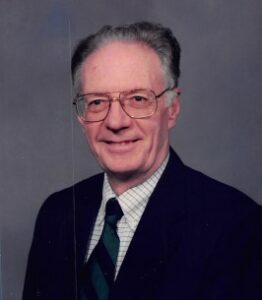 Northborough – Frederic R. Philcox passed away peacefully at the UMASS-Memorial Medical Center’s Memorial Campus on Aug. 8, 2021. He was 87 years old. Fred, as he was affectionately known by all, was a longtime resident of Northborough and the beloved husband of 52 years to Sharyn A. (Brown) Philcox.

Born and raised in Worcester, Fred was a son to the late Eric and Ruth (Malm) Philcox. He completed his undergraduate work at Worcester State College and was awarded a Master’s in Education from Harvard University.
Fred’s family lovingly referred to him as a “Renaissance Man”; there weren’t many topics that Fred didn’t know something about. For 30 years he was a beloved English teacher at Algonquin Regional High School. Outside of school he enjoyed the relaxation of fishing and sailing Boston Harbor with his friend. He also found excitement while building his Fiat and Austin Healey Sprite cars to run on the SCCA tracks.

As an educator, Fred’s interest and dedication in the students’ learning and wellbeing was evident to all. For many years he served as an advisor for student activities.  He coached girls’ softball, refereed volleyball and was the well-known voice of Algonquin’s football team at all home games. Fred was humbled by the honor of being inducted to the Algonquin Athletic Hall of Fame.

Music was another important part of Fred’s life. He was a longtime member of the Assabet Valley Master Singers. As a guitarist, Fred looked forward to playing for family, in church and alongside a flutist as they would perform for the residents of Marlborough Hills Healthcare.

When you met Fred, it was easy to see the care and love he shared was genuine. He gave many hours of volunteering to VNA Hospice and local youth services.

Fred was a longtime active member of Saint Stephen’s Episcopal Church in Westborough where he had served as a Eucharistic Minister, was a member of its choir and served as a pastoral visitor with the Stephen Ministry program.