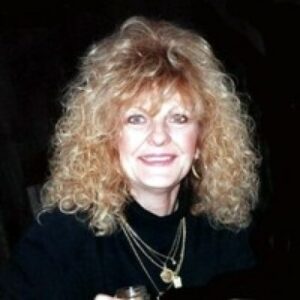 Shrewsbury – Barbara Jean (Zalimas) Pignataro, 80, a longtime resident of Shrewsbury, passed away on Aug. 22, 2021, with loved ones gathered by her side, after a period of declining health, reuniting in heaven with her daughter, Lisamarie, who passed away in 2015.

Born in Worcester, Barbara was the daughter of Leon and Lily (Mollberg) Zalimas. She graduated from Commerce High, class of 1959. On, May 6, 1961, Barbara married the “Love of her life,” Dominic F. Pignataro, and they began a life of family, love, and dedication. In 1971 they built their home in Shrewsbury, moving in in 1972 where they shared family gatherings, special occasions, birthdays, and holidays.

Barbara is survived by her Love, Dominic; her two devoted children, Vincent Pignataro of Shrewsbury and Barbara Chionchio and her husband Anthony of Worcester; a brother, Rodney L. Zalimas and his wife Bernice (deceased) of Brookfield; five grandchildren she cherished and was so proud of, Stephanie Manzi and her husband Brian, Britney Esper, Justin, Zachary, and Michael DeGaetano; six great-grandchildren, Ariana, Mila, Ella, Anthony, Trey and Evie; and many nieces, nephews, extended family members and friends. In addition to her parents and daughter, Lisamarie, a brother, Ronald L Zalimas, predeceased her.

A chosen homemaker, Barbara took pride in having a Ph.D. in motherhood and being the absolute best Grammie to her grand and great-grandchildren, all of whom she adored. She was superwoman and put everyone else first especially her family, no matter what.

Barbara was the Matriarch, counselor, and backbone of her family, guiding them through life’s challenges, especially the death of her daughter, Lisamarie, through her own illness and kidney transplant she was so strong, and she remained devoted to them all.

Barbara was a beautiful person who enjoyed the simple pleasures of life; she was an avid shopper and fashionista, enjoyed spending time with family, cooking Sunday dinners, raising her two granddaughters, babysitting her great-grandchildren, and traveling with Dominic to Europe several times, enjoying Italy, France, Germany, and Holland.

She truly believed that faith, family, and friends were the most important and she had room in her heart for everyone. She was very generous with her love and her time. Her passing leaves a hole in our hearts, but her loving and caring soul will never be forgotten.

Friends and relatives are invited to calling hours on Wednesday, Aug. 25, from 4-7 p.m., in the Mercadante Funeral Home & Chapel, 370 Plantation St., Worcester. Her funeral will be held Thursday, Aug. 26 from the funeral home with a procession to Our Lady of Loreto Church, 37 Massasoit Rd., where her celebration of life Mass will be held at 10 a.m. Burial will be private