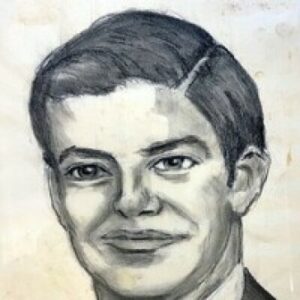 Shrewsbury – George A. Simone, 70, a lifelong resident of Shrewsbury, passed away on Aug. 29th, 2021, after a brief illness.

George was born in Worcester, the son of Bernard “Blackie” and Ryda (Gaewsky) Simone.  Raised in Shrewsbury, he graduated from Shrewsbury High School and earned his bachelor’s in business degree from Nichols College. Never married, George continued to live in his childhood home caring for his parents. He worked many years as a letter carrier for the U.S. Postal Service in Westborough before retiring.

George is survived by a great-niece, Amanda Garry; two great-nephews, Cory Garry and Michael Fafard; a niece, Tracey Hebert; and a sister, Margaret Quaglieri, along with extended family and friends.

George was a modest man, with a huge heart who chose to stay at home, ensuring that his parents had what the needed. His nieces and nephews were special to him, and he treated them as his own children. He found enjoyment as an avid golfer and gardener.

A period of calling hours will be held Friday, Sept. 3, from 9:30-11:30 a.m., followed by a prayer service at 11:30 a.m. in the Mercadante Funeral Home & Chapel, 370 Plantation St., Worcester. Burial will follow in Mountain View Cemetery in Shrewsbury.