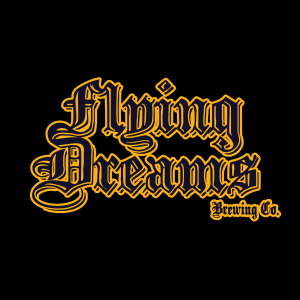 MARLBOROUGH – As a child, Dave Richardson would drift to sleep and enter a world where dreams took him on countless flights.

“I was either a bird or Superman,” he recalls of his dreams. “I just remember that after I woke up, I would have this sense of confidence that I could do whatever I put my mind to.”

Those fantasy episodes inspired Richardson to name his first business Flying Dreams Brewery, which has a Marlborough Taproom at 277 Main St.

Richardson initially opened a brewery location in Worcester in 2015 but it has since closed due to circumstances beyond his control, Richardson says. The Marlborough taproom, which opened in 2018, features a menu of almost 40 craft beers with names such as Dreaming of Summer Farmhouse Ale and Nightmare After Christmas Stout.

According to the Brewer’s Association, there are more than 8,760 craft breweries nationally. Flying Dreams is one of about 210 craft breweries in Massachusetts while California, where Richardson earned his master’s degree in brewery science at the University of California-Davis, has the most breweries of any state with 958.

“What sets my brewery apart from others is that we do many styles of beer,” Richardson says. “Some breweries try to do the same but don’t necessarily get there. People often ask what’s our best beer, but I tell them, ‘If you try our Pilsner beers, you’re going to like them and want another one.’ Likewise, if they drink a Stout, they’re going to think they’re fantastic.”

Richardson says a lot of hard work goes into perfecting his line of beers.

“Running a good brewery requires a lot of patience, experience and study,” he says. “I work with a lot of ingredients, different yeast strings and organisms. There’s a ton that goes into keeping everything consistent.”

His advice to prospective brewmasters is that, “If you don’t like cleaning, don’t do it.”

“That’s at least 80 percent of the job,” he says. “You have to clean the inside of the tank, the kettle or the floor and clean hoses or lines. Everything needs to be spic and span. Otherwise, there can be infections, or the beer will taste sour and that’s a waste of money and time.”

The 2,500-square-foot Marlborough brewery has enough space to seat about 125 people inside and another 48 people outside. It is closed on Mondays, Tuesdays and Wednesdays, but open on Thursdays and Fridays from 4 to 9 p.m., on Saturdays from 2 to 9 p.m. and on Sundays from 2 to 8 p.m.

Patrons can opt to bring their own food or order delivery and takeout. Contactless curbside pickup is available upon request, but guests must call in advance to place orders.

Richardson says he’s anxious to get his business back on good footing because the COVID-19 pandemic took its toll.

“We want to remind people that we are here and to come out and try our amazing, award-winning beer,” he says.

Fifty Plus Advocate reviews Flying Dreams in its September 2021 issue:

5 of the best craft breweries in Central Mass. to quench any thirst