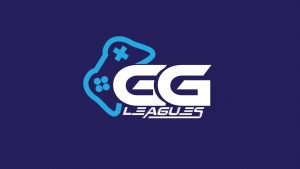 HUDSON – Do you love playing video games like Fortnite and Madden 21?

Hudson Recreation has officially opened its registration for its fall e-sports league.

“Every town offers your baseball, your basketball, your soccer programs, but there is a subset of kids who may not be drawn to those sports, but they are drawn to video games,” Assistant Director of Recreation Daniel Hannon said in a recent interview.

The league lets those kids have a bigger group to play against. It also helps them make friends with other kids who have similar interests, Hannon added.

“E-sports themselves are kind of universal,” Hannon said.

Whereas sports like baseball require hand-eye coordination to throw the ball or swing the bat, most kids can play e-sports, Hannon said.

“It allows those two subsets of kids to actually compete against one another on a level playing field,” he continued.

Hannon said this idea coalesced as the department was trying to get creative with its programing during the early days of the COVID-19 pandemic.

“Most of the programming that we did shut down March, April of last year,” Hannon said.

E-sports was an up-and-coming trend. People were setting up gaming centers.

Hudson, meanwhile, had been considering e-sports for some time.

“We had the interest, but we didn’t have the capabilities,” Hannon said. “We don’t have a rec center in town, so to speak, with a computer room or something like that.”

Then, though, the town was approached by an organization based in Chicago called GGLeagues. That group, Hannon said, organizes and runs competitive gaming for recreation departments, municipalities, schools and boys and girls clubs.

They have the capability to run these leagues online.

“So, we didn’t need a rec center,” Hannon said. “All we needed was an individual place to play.”

The Central Massachusetts Recreation and Parks Association E-Sports League — which is also made up of Grafton, Leominster, Shrewsbury, Southborough, Sterling, Upton and Westborough — was born.

“It was very well-received in town,” Hannon said.

Organizers initially guessed a dozen players would play. But they ended up with roughly 60 individuals participating.

“I think the timing was right,” Hannon said. “…Online gaming, competing against friends is kind of what [kids] were doing anyways. So, this broadened that and allowed them to play against other kids with similar interests from local communities.”

Towns handled registrations for their respective players. GGLeagues then created the leagues, ran the program and provided the online supervision, rules and schedules.

This fall, the gaming schedule includes Madden 21, Fortnite, which is both 1v1 and 2v2, Rocket League, which is also 1v1 and 3v3 and Super Smash Bros.

Leagues start during the week of Oct. 4 with the youth division for ages eight to 12 starting at 7 p.m., the teen division for ages 13 to 18 beginning play at 8 p.m. The adult league for people over the age of 18 begins at 9 p.m.

For more information on how to register, visit https://hudsonrecreation.recdesk.com/Community/Page?pageId=27720.

Hudson to mark twentieth anniversary of 9/11 with Remembrance Ceremony (communityadvocate.com)

Nikki A. Anderson, 65, of Leominster and Hudson