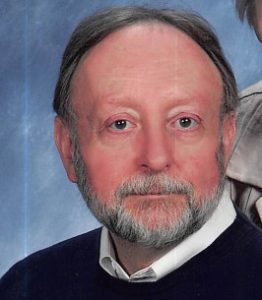 He was a 1961 graduate of Algonquin Regional High School prior to studying architecture at Rhode Island School of Design.

For many years Jack remained a resident of Northborough. In 1996 he and his wife Antoinette (Tingley) relocated to Foxborough where they lived until Antoinette’s death in 2014.

Among those who survive Jack are his three children, Christopher Schleyer of Nevada, Sheila Bony of California, and Charles Schleyer of Florida; five grandchildren; a sister, Carol Bostock of Northborough; and nieces and nephews.

Jack was a talented commercial and residential building architectural engineer whose work was widely recognized. Throughout his career he worked with several leading design teams in addition to self-employed projects. One notable structure which Jack designed is the current Franklin, Mass. Fire Station which he proudly received a design award for.

During his spare time, Jack enjoyed volunteering with numerous organizations, playing the piano, and spending time on the golf course. He found pleasure in visiting art museums and creating amazing work of his own through the art of pointillism. With an artistic eye, a talented architectural mind and a philanthropist’s view for a better world, Jack’s impact on his communities will be missed.