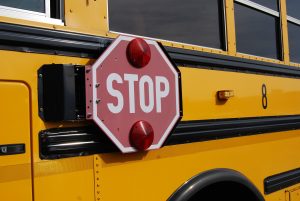 Indeed, a shortage of bus drivers has complicated the start of this year’s fall season, prompting some area athletic directors to reschedule games while companies seek to hire more drivers.

That’s according to Hudson High School Athletic Director Jessica Winders, who recently told the Community Advocate that she’s had to make changes to game start times throughout September.

“This has been an issue for a few years now…shortage of drivers…and COVID only compounded the issue,” she wrote in an email.

“I have notified all my opponents and, unfortunately, I have also received similar emails from schools that have received the same notification from their bus company,” Winders said.

“It is something where we need to be flexible and understand the bus company is doing the best they can with the resources available,” he said.

“It is frustrating for parents that may be leaving work early to attend a game and then they find out at the last minute that game times have been pushed back an hour or even more,” he continued.

While some area districts, including nearby Shrewsbury, have explicitly noted that they’re not experiencing bus driver shortages, others are.

Multiple area parents in local communities have noted that their students have experienced delayed rides to and from school, let alone to and from sporting events.

All that prompted Baker to, on Sept 13, make available up to 250 National Guard members to lend a hand.

Back in Hudson, school officials are still feeling the burden.

As officials and bus companies work to address issues with school transportation itself, Winders said she expects delays to continue for sports programs.

“It is what it is,” Winders said. “…But I would imagine later games will be more of the norm this year.”