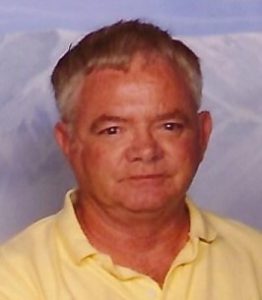 Shrewsbury – William J. “Bill” Lauzon, 83, of Shrewsbury and formerly of Auburn, passed away peacefully on Sunday, September 19, 2021 after a long illness.

He leaves his loving sons, Mark A. Lauzon, of Worcester, Craig W. Lauzon and his wife Susan, of Worcester, and Brian G. Lauzon and his wife Maria, of Shrewsbury, with whom he lived for many years; two grandchildren, Erica Lynn Lauzon and Andrew Michael Lauzon, of Shrewsbury; sister-in-law, Linda E. Lauzon, of Auburn; two nephews, John and Jeff Lauzon, and a great-nephew, Nicholas Lauzon; as well as longtime close friends from York Beach, ME. Bill was predeceased by his son, Paul J. Lauzon; his parents, C. Adelard and Mary Ann (Griffin) Lauzon; and his brother, Robert G. “Red” Lauzon.

Born in Worcester, raised in Auburn, Bill was a 1957 graduate of St. Peter’s High School in Worcester. He then began his extensive career working as a Cutter for R.J. Toomey Clerical Apparel in Worcester, and retired after 60 years of dedication to the company. Bill loved being by the ocean, and held a vacation home in York Beach, ME for over thirty years. He considered himself the “Mayor” of Long Sands Beach in York, and “held court” on “Bills bench” in front of Liquid Dreams Surf Shop most days.

He was proud of his U.S. Army/National Guard service, totaling 33 years, and was honorably discharged as Master Sergeant.

In lieu of flowers, memorial donations may be made to Veteran’s Inc., 69 Grove Street, Worcester, 01605 (www.veteransinc.org/donations/).

Relatives and friends are invited to visit with the Lauzon family between 4 – 6 PM on Friday, September 24, 2021 at the BRITTON-WALLACE FUNERAL HOME, 91 Central St., Auburn. His funeral Mass will be celebrated at 11 AM on Saturday, September 25, 2021 at St. Joseph’s Church, 189 Oxford St. N, Auburn. Burial will be held at a later date. The Britton-Wallace Funeral Home is honored to be assisting with arrangements.