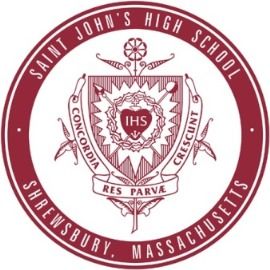 SHREWSBURY – A win in September is always a good momentum builder for a high school football team, but a win over your rival in one of the most historic matchups in all of Massachusetts? Well, that just means more.

Bobby Rodolakis had a whopping 233 rushing yards and three touchdowns in the win. On defense, the Pioneers gave up less than 70 yards of total offense against Shrewsbury’s starters. Brett Jolley had a fumble recovery in the end zone. Ben Wing also snagged a 13-yard fumble recovery, which he returned for a touchdown.

Head coach John Andreoli is in his 18th season at the helm of the Pioneer program. He knows how much a win over Shrewsbury means.

“It was just a great environment,” said Andreoli. “It’s a physical, emotional game. We executed our game plan in all three phases, we executed on defense…they have some really good skill players we were able to keep in check, and I thought we tackled as well as we have any time we’ve played.”

“It was important for us to come back after losing a tough one to Mansfield a week ago,” he continued. “…To get that early win and get that momentum behind us getting into Catholic Conference play in October is really important.”

They did get back in the win column, though, on Oct. 1 with a victory over Malden Catholic.

Prior to that Sept. 24 game, Andreoli addressed the MIAA’s new playoff format, which is based on a new power-rating format.

“I’ve always been of the opinion that it’s a very complicated math problem for people other than me to figure out who are a lot smarter than me,” Andreoli said with a laugh. “I know, the most important thing for us is to play a tough schedule and win games. We’ll let everything else take care of itself, but I think we’re playing where we should be playing right now with arguably one of the most challenging schedules in the state.”

“I think that’s where we want to be and we need to learn to prepare for one week at a time, and hopefully, it gets us to a point where we get to jump into the playoffs and take the same approach,” he continued.