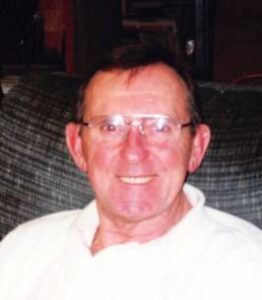 He leaves behind his beloved wife of 54 years, Lois (LeClaire) Kent, his daughter Susan Micciche and her husband Rocco, and his son Steven Kent and his wife Cherie. He also leaves his grandchildren: Samantha, Tyler and Joshua Kent; Michael, Nicolas and Evan Micciche; his step-grandchildren Madison and Reece Dupont, Jamie Cusson. He leaves behind his sister, Patricia King, and his brothers Louis Kent Jr., Andrew and Alfred Kent. His in-laws; Richard and Victoria LeClaire, Stephen and Lynn LeClaire. He was predeceased by his parents; Louis and Mae (Jarvis) Kent, and his brother, Michael Kent.

Growing up in Worcester, Ralph spent his time swimming competitively at the YMCA, shooting pool, playing cards, and winning rock and roll contests at the local dance hall. He had spent the last fifty years in South Grafton coaching his son’s baseball teams, watching his daughter’s dance recitals, welcoming neighbors and friends for cookouts, and providing center stage entertainment with his stories at all our parties.

Ralph was an avid golfer as a member of the Whitinsville Country Club and played ball for the Grafton Men’s softball league.

He worked hard all of his life providing selflessly for his family. He began working in Worcester at Jamesbury Corp. where he met his future wife. He then worked in sales for Rust Craft Greeting Cards and as a store manager for Standard Supply. He spent the latter half of his career as a mail carrier for the Auburn Post Office serving the Pakachoag Hill area.

Ralph’s greatest passion, besides his family, was fifties music and collecting records. He had been known as Rockin Ralph and the Music Man. He spent many years as a DJ and selling used records at the Grafton Flea Market. Ralph’s friendly and caring nature endeared him to all and he was well known and loved everywhere he went.

The family held a private service on Tuesday, September 28, 2021 at Roney Funeral Home and plan to hold a celebration of life to honor Ralph and all who loved him in the spring.

In lieu of flowers, donations can be made to the Worcester Youth Center at worcesteryouthcenter.org to help continue Ralph’s legacy of compassion and generosity to all those in need.