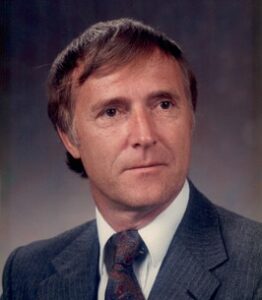 Northborough – Ronald (Ron) W. Trischuk, age 80, of Northborough passed away peacefully on Tuesday, September 28, 2021, surrounded by the love of his family.

He was the beloved husband of 56 years to Clare (Gilbert), the loving father to Stephen Trischuk and his wife Beckie of Clinton, and Christine Romeo and her husband Jeff of Boxborough. He was the proud grandfather of two grandsons, Owen and Drew Romeo. In addition, Ron is survived by siblings, Ernie Trischuk and Janet Crane; his nephews, William, Ken and David Trischuk; his nieces, Jodie Lehmann and Andrea Nicoll. They will all miss his quick wit and sense of humor.

Born in Kamsack, Saskatchewan, Canada, Ron was a son to the late William and Nellie (Pernarowski) Trischuk. He studied at Carleton University in Ottawa, Canada where he was awarded a Bachelor of Science in Geology in 1964. Ron and his family lived in Niagara Falls, Ontario while he worked as a materials scientist with the Norton Company in Chippawa, Ontario for over 20 years. He later relocated his family to Northborough as he continued his employment at Norton (later Saint Gobain) until his retirement. Throughout his career Ron would be instrumental in several projects which resulted in multiple patents in his name.

Ron loved playing sports; his favorites over the years were biking, tennis, skiing and golf. He was fortunate to have made a hole in one at Cyprian Keyes which he was quite proud of. He enjoyed playing many of the courses across Massachusetts. Late in the fall Ronald would seek out a warm day on Cape Cod, allowing him the pleasure to play a round of golf in December. Ron was handy at home and enjoyed making and fixing things, notably building his own canoe or challenging a 20 year old tractor to keep running smoothly. With an appreciation and talent for music, Ron enjoyed playing harmonica, guitar and banjo.

A time to visit with Ron’s family has been set for Thursday, October 7, from 5 p.m. to 6:30 p.m. at Hays Funeral Home, 56 Main Street, Northborough. A memorial service will follow in the funeral home at 6:30 p.m. The wearing of masks while inside is strongly recommended.

The Trischuk family respectfully request all memorial donations in Ronald’s name be made to the American Lung Association, 55 W. Wacker Drive, Suite 1150, Chicago, IL 60601 (Lung.org) To leave a condolence, or to share a story, please visit www.HaysFuneralHome.com.