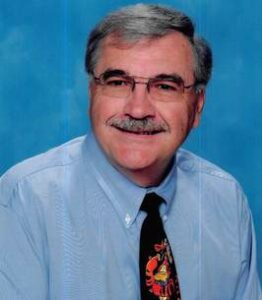 Walter was born and raised in Marlborough, one of 2 children to the late Walter and Ida (Houle) Lincoln, Sr. He was a graduate of Marlborough High School, prior to being awarded his BS and subsequently, his Master’s Degree in Education at Worcester State College.

Walter worked his entire career as a science teacher within the Northborough Public Schools. He began teaching at the Lincoln Street Elementary School and later, completed his 44 year tenure at the Northborough Middle School. He truly loved teaching science in a creative way that has been memorable to generations of students. Whether it was Harriet the skeleton, a hammer in his hand or the Tell-Tale-Heart on Halloween his classroom was always an adventure.

Never one to back away from hard work, Walter concurrently worked 40 years at FedEx. As a longtime avid skier and member of the National Ski Patrol, Walter was responsible for the formation of the after school Ski Club at Wachusett Mountain. For many seasons he also served as a coach with the Northborough Youth Soccer League. During retirement, Walter and his beloved wife Denise enjoyed time in Florida, attending concerts, golfing at Juniper Hill Golf Course and spending time on his boat at Lake Winnipesaukee. As busy as he was, Walter’s most cherished times were focused around his children and grandchildren.

In addition to his wife of 27 years, Denise (Guillmette), Walter is survived by five children, Chris Lincoln and his wife Kristina of Dudley, Jonathan Lincoln and his wife Christine of Grafton, Bill Lewis and his husband Robert of Bethlehem, PA, Melissa Cullingford and her husband Brian of Groton, Matthew Lewis of Worcester; 11 grandchildren, Benjamin, Miranda, Avery and Owen Lincoln, Jack, Mckenna, Elizabeth and Emily Lincoln, Aiden and Marlowe Cullingford, Parker Lewis, nieces and nephews. Walter also leaves his beloved dogs, Brooklyn and Hunter and multiple generations of past students and a grateful community. Walter was preceded in death by his four siblings, Donald, Bella, Johnny and Jeannette.

The wearing of masks is recommended for all services.

To leave a condolence or to share a story, visit www.HaysFuneralHome.com.