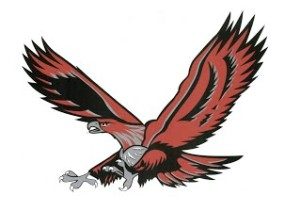 HUDSON – Six individual athletes, two teams and three contributors will join the good company of the Hudson High School Athletic Hall of Fame as new inductees next month, according to a new announcement from the Hall of Fame Committee.

“We’re looking for people who were truly outstanding in their achievements and also had a high degree of character,” Committee Chair Stephen Smith said of the goals of the hall of fame in general in a recent interview.

“They may have been an athlete at the school. They may not have even attended the high school,” he continued. “But, somehow, they made an indelible mark in a positive way on the Hudson High School athletic program.”

Heindl, Davis, Zagura, Lamore, DiBlasi and Bowen will be inducted as “modern era athletes,” earning recognition for their contributions to Hudson athletics both on and off the field.

The 2010 state champion softball team and the 2011 state finalist baseball team both enter as team inductees.

Ricciuti built a sterling reputation in town over the years as a dedicated reporter covering high school sports.

Correa was a hockey star in high school and college who then taught art in the Hudson Public Schools. Along the way, he created a number of opportunities like “learn-to-skate” programs for area young people.

Macedo was Hudson’s athletic director for nearly two decades prior to his retirement in 2014. During that time, he was instrumental in helping found the Hudson High School Hall of Fame, Smith said.

“They didn’t just do this one year or four years…these guys did this for decades,” Smith said of the work done by these contributor inductees. “It’s not only that they made a tremendous contribution while they were there, they did it over a very very long time.”

A letter sent to hall of fame inductees invited those inductees to assemble during halftime of this year’s Hudson-Marlborough Thanksgiving Day Football game to be held at the Morgan Bowl on Thanksgiving morning.

Inductees are also invited to a coffee hour in the Hudson High School cafeteria at 9 a.m., before the football game.

The hall of fame luncheon and induction ceremonies will take place on Friday, Nov. 26 in Riverview at the Hudson Portuguese Club.

Tickets are available for $35 from Denise Carter at Hudson High School. Her phone number is (978) 567-6250 ext. 13174. Checks should be made payable to the Hudson High Athletic Booster Club. The ticket deadline is Friday, Nov. 12.

Smith and the Hall of Fame Committee specifically invite previous Hall of Fame inductees and members of the general public to purchase tickets and attend the luncheon.