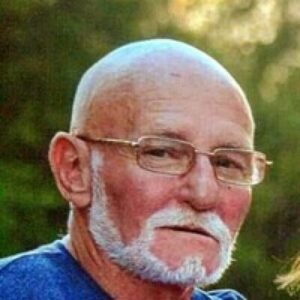 Shrewsbury – W. Ross Griffin, 71, a longtime Shrewsbury resident passed away at home surrounded by the ones he loved. On Wednesday, October 6, 2021 he lost his battle with Cancer. This happened to be his mother’s birthday.

Born in raised in Rutland Ross was the son of William H. Griffin  and Marilyn F. (Dodge) Griffin. He graduated from Wachusett Regional High School where he was a standout football player . He then attended Quinsigamond Community College. Ross began a career as an iron worker for the AFL-CIO Iron Workers Union Local 57 for many years taking part in the construction of many structures in the New England area, notably the Seabrook Nuclear Power Plant before retiring.

Ross is survived by “the Love of his life” and devoted wife of 40 years, Deborah A. (George) Griffin; three children he was so proud of and devoted to, Lisa M. Carenzo which he raised as his own and her fiancé Joe Cherubino, John-Ross Griffin and his wife Brittany of Shrewsbury and Mitchell C. Griffin of San Francisco; two grandchildren which he cherished,  Jack Riley, and Emma Anastasia Griffin; A brother, Mitchell Griffin and his wife Catherine of Albany N.Y.; two aunts, Ginny Griffin and Norma Kallio  along with many cousins, nieces, nephews, extended family and friends.

Ross was a member of St Annes Church. In Ross’s life, his wife, children, and grandchildren, always came first no matter what. He was the backbone of his family and  stayed devoted to them throughout his life.

He was a kind soul, with a huge heart who enjoyed the simple pleasures of life, spending time with family, friends, and his grandchildren, family dinners, watching all New England Sports teams in particular the New England Patriots, the beaches of Rhode Island in particular Scarborough Beach, Blues and Jazz music, and the occasional Budweiser beer.

His grandchildren were the biggest part of Ross’s life. He made sure each morning that Jack got to the school bus and back, bantering with his strong willed, smart, and expressive granddaughter Emma. He truly believed that faith, family, and friends were the most important parts of his life. He was very generous with his love, time, and resources, and helped anyone who needed it. His passing leaves a hole in our hearts but his loving and caring soul will not be forgotten.

Friends and relatives are invited to calling hours, Tuesday, October 12th from 10 am to 12 noon in the MERCADANTE FUNERAL HOME & CHAPEL, 370 Plantation St follow by his prayer service at noon. Burial will be private.

In lieu of flowers memorial remembrances in his name can be made to the Dana-Farber Cancer Institute, 450 Brookline Avenue, Boston, MA 02215.