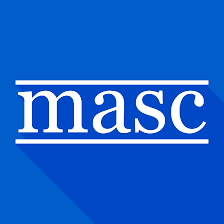 Committee members split along a 4-2 vote after discussing the matter at a meeting on Oct. 12.

The vote came after School Committee member Denise Ryan suggested that the committee leave such decisions up to individual districts. She said that MASC does not need to determine the rule.

“There are bills in Congress on it already,” said School Committee Vice Chair Michelle Bodin-Hettinger. “It’s just a matter of whether or not MASC supports the passage of those bills.”

The MASC resolution, Resolution 9, was sponsored by the MASC Board of Directors.
It refers to a MASC resolution passed last year “resolving that all school districts in the
Commonwealth should guarantee that racist practices be eradicated.”

The restriction would allow those nations to give explicit consent for schools to use their names. It would also not prohibit Native American tribes identified by the Commission on Indian Affairs in Massachusetts from choosing to use Native-related logos or names for their own sports teams composed of tribal members.

“It’s okay for one but not for the other; I don’t know,” School Committee Secretary Heidi
Matthews said. “To me, it seems a little bit hypocritical.”

This discussion in Marlborough comes as the neighboring communities of Northborough and Southborough continue to debate the future of the mascot for Algonquin Regional High School.

The Regional School Committee for the Northborough-Southborough Public Schools voted
earlier this year to retire the school’s “Tomahawk” mascot following a recommendation made by the district’s Mascot Study Group.

Since then, though, many in the community have criticized the process of both retiring the Tomahawk and choosing its replacement.

Regional School Committee Vice Chair Daniel Kolenda voiced some of those concerns to his colleagues last month after a consultant hired by the school district recommended against several possible mascot options that earned broad support in a community survey.

“There are folks that believe they weren’t heard before,” Kolenda said. “They had an opportunity to vote, and they believe they’re not being heard again.”