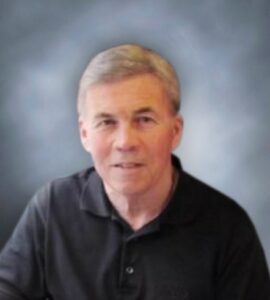 Westborough/Eastham – Dennis J. McMullen, 76, of Westborough and Eastham, Mass., was born on October 30, 1944 and passed away peacefully on Thursday, October 14, 2021.  The following was written by Dennis prior to his illness because he wanted to express himself with his own words.

Dennis was the son of the late John and Rose McMullen.  He was born in Brooklyn, New York, and grew up in Fairlawn, New Jersey.  He graduated from Don Bosco Prep in Ramsey, New Jersey and earned a BA at Saint Peter’s University in Jersey City.

Dennis was married for 53 years to his best friend, Judy (Di Rosa) McMullen. She was the light of his life and the reason he was so successful in his business and lifestyle accomplishments. They shared wonderful travel experiences throughout Europe creating a lifetime of memories.

He is survived by his son, Sean and his wife, Liisa; his daughter Sue Cushing and her husband, Jay.   He was PopPop to his 5 beautiful grandchildren, Sam, Abby and Ryan Cushing, and Riley and Lucas McMullen. He loved going to their sporting events and took great pride in their individual accomplishments. They held a special place in his heart. He is also survived by his sister, Daria Naturale, of Maricopa, Arizona and was predeceased by his sister Maureen McMullen.

Dennis served proudly in the U.S. Army from 1967 to 1969 with the 3rd Armored Cavalry Regiment in Kaiserslautern, West Germany and Fort Lewis, Washington.

Dennis’s business career was highlighted by 21 years at CVS Drug Stores as Senior Vice President of Real Estate and Property Management, where he developed a retail industry-wide reputation as a deal maker. He held similar positions as a real estate executive with The Grand Union Supermarket Company and Sterling Collision Centers, a division of Allstate Insurance Company.

He was proud of the relationships he developed with many of the brokers, developers and property managers he worked with to secure high-performance new store locations for CVS nationwide. His real estate negotiating philosophy enabled him to secure excellent locations at rents that satisfied all parties to the deal. Dennis always tried to treat people with respect and was a man of his word.

During retirement, Dennis served two terms on the Board of Trustees of the Walker Meadow Condo Association and enjoyed every minute of it. He was always eager to solve problems and create a meeting of the minds.

His funeral Mass will be celebrated at 10:30 AM on Monday, October 18, in St. Luke the Evangelist Church, 70 West Main St. Westborough. Burial, with military honors, will follow in St. Luke’s Cemetery.

Calling hours will be held from 2 to 5 PM on Sunday, October 17, in the Pickering & Son Westborough Funeral Home, 62 West Main St. Westborough. The family requests that facial coverings be worn during calling hours in the funeral home.

In lieu of flowers, donations in memory of Dennis may be made to the Michael J. Fox Foundation, www.michaeljfox.org.