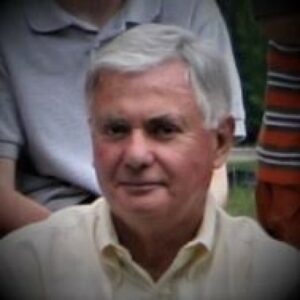 He attended the public schools in Millbury, MA and was a proud graduate of Brown University, Class of 1958. After receiving his Chartered Property Casualty designation, Lee handled both reinsurance and excess and surplus lines claims at Cameron and Colby where he progressed to secretary of the company. His final years of employment were spent at F.M. Global in Waltham as Vice President where he oversaw reinsurance audits in the London market. In retirement, he continued working in arbitration in the U.S.

Lee was probably at his happiest while racing his sailboat on Pleasant Bay. He was both Race Committee Chair and Vice Commodore of Chatham Yacht Club. He also enjoyed skiing, fishing, birding and travelling the world with Karen. He loved his family with all of his heart.

He was such a good and kind man.

His funeral Mass will be celebrated on Thursday, November 4, at 10:30 A.M. in St. Luke the Evangelist Church, 70 West Main St., Westborough. Burial will follow in St. Luke’s Cemetery. There are no calling hours.