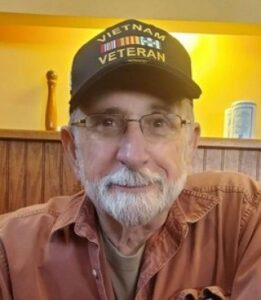 Byron, Maine/Northborough – Richard T. Siraco, “Rick” age 74, of Byron, Maine, formerly of Northborough, Mass., passed away Friday, October 29, 2021, after a recent diagnosis of cancer. He was the devoted husband of 19 years to Jacqueline C. “Jackie” (Hurrell) Siraco until her own passing in 2020. Prior to that he was married to the Mother of his Children, Linda M. Siraco (Peterson) who passed in 2017.

Rick was born in Sommerville and raised in Woburn, one of two sons to the late Angelo and Elvira (Micarelli) Siraco. He was a 1965 graduate Woburn High School and worked as a machinist in local companies. In 1968 Richard made the decision to serve his country and enlisted in the U.S. Army where he honorably served as a generator technician within various hospital and motor pool units while stationed in Saigon, Vietnam.

Upon his return to civilian life, Rick relocated to Plymouth, MA, attended Wentworth Institute to study Data Control and subsequently, earned his BS in Business Administration from Central New England College. While working at Digital Corporation Rick and Jackie met and in 2001 the couple married. Together they enjoyed taking many memorable trips and drives; a favorite being to Niagara Falls.

Rick is survived by his beloved daughter, Jamie Siraco and granddaughter Patience of Lewiston, Maine as well as his Daughters Jessica Siraco of West Paris, Maine and Kristen Sprague of Millbury, MA. He is also survived by his brother, Frank Siraco and Wife Marilyn of Lake Winnipesaukee, NH.

Rick was a lifelong motorhead and enjoyed tinkering. He could be found to always have several projects going on at once. He was able to fix absolutely anything mechanical.

After Jackie’s death Rick moved to Byron, Maine to be closer to Jamie and Patience. In Maine, he was able to enjoy the beautiful mountain air and soothing melody of the Swift River every day. He loved being nestled in the mountains and watching the local wildlife as he had his morning coffee. Being close to his Granddaughter and being able to pick her up from school and take her on adventures made his Heart complete.

Rick was the epitome of what a Man, Husband, Father, Grandfather and Friend should be. He lived with Honor, Dignity, and Love. Rick’s wish was that everyone knew “he lived his life,” which truly was Una Bella Vita.

A time of visitation will be held from 9:30 – 11a.m. on Friday, November 5, at Hays Funeral Home, 56 Main Street, Northborough, Mass. Richard’s funeral will immediately follow at 11a.m. in the funeral home. Richard will then be laid to rest with Military Honors in the Howard Street Cemetery, Northborough.