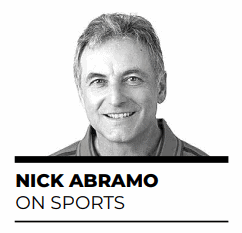 HUDSON/MARLBOROUGH – When the Massachusetts Interscholastic Athletic Association (MIAA) decided in 1972 to use the term Super Bowl for its multi-divisional football state championships, fans were confused because the name was pilfered from the NFL title game that has become one of the most popular sporting events in the world.

Despite that lack of a unique name, though, the MIAA found instant gold.

Instead of merely getting to the championship game, schools — with whole towns showing their intense support — were now going to play in something that had an extra special ring to it: “the Super Bowl.”

In the late 1970s and early 1980s, the Hudson and Marlborough area was fortunate to have six consecutive Super Bowl qualifiers in various divisions. Marlborough High played in 1979 and 1980. Hudson High did so in 1981 and 1982. Assabet Valley Regional Technical High School qualified in 1983 and 1984.

Although Hudson also made it in 1974, what sometimes gets forgotten is Hudson Catholic’s appearance in the 1973 Eastern Massachusetts Division IV Super Bowl. They were the first team from the immediate area to qualify. 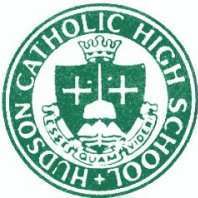 With a bunch of starters from Hudson and Marlborough, the Green Wave went 9-0 in the regular season that year.

Mike Grasso was the starting quarterback.

“I basically handed the ball off,” Grasso said in a recent phone interview. “One of coach Ray Sherman’s famous quotes was ‘If you pass the ball, it’s anyone’s ball.’ He would rather run it.”

“We had a great offensive line that averaged 215 pounds, which was pretty big back then, so we didn’t have to throw,” Grasso said. “You could count on one hand the times I got sacked and when I did, it was my fault by going the wrong way.”

That line was made up of center Bruce Harris, tackles John Cole and Kevin Lahey, and guards Jeff Wolcott and Dennis Burke.

Wolcott, Harris and fullback Paul Garcia were among the strongest guys on the team.

“Jeff had the biggest arms of anyone I saw in high school,” Grasso said. “His biceps were like bowling balls and his forearms were prehistoric. Nobody would mess with him.”

Starting safety Mike Vigeant, who platooned with Ray Lambert at one of two halfback spots, gave props to Harris and Garcia, two guys who also started as linebackers.

“Bruce was tough as nails, the heart of the team,” Vigeant said via phone interview. “And Paul was a big guy who could run up the middle.”

All of the Green Wave’s starters went both ways. On offense, Marty Ghiloni was the other starting halfback, and Billy Moore and Billy O’Connell were the ends. For the most part, when switching over to defense, the linemen stayed on the line and the backs and ends became the linebackers and defensive backs.

Going into the season, Lambert was slated to be the starting QB. But he hurt his foot. So, Grasso got the nod.

“Coach Sherman said, ‘Hey you’re going to be our quarterback,’” Grasso said. “I had never thrown a pass in my life. I did OK. We had a senior-laden team. We were able to run on just about everybody except for our last couple of games.”

“We didn’t have a lot of players, but we had a lot of really good athletes,” he continued. “In preseason scrimmages, we held our own against bigger schools like St. John’s and Westborough. Against Millis, we won 13-7 and it was their only loss of the year.”

Aside from his commitment to the run, Sherman was known for getting his players in tip-top condition.

“He made sure you could run like hell for 60 minutes and not stop,” Vigeant said. “We had good, hard-nosed kids and we were in really good shape.”

“It was so cold and it was windy and that field was the old Astroturf,” Grasso said. “I got tackled a lot in that game and it was like being tackled on concrete. On the first series, I got hit and it was so cold that my hand was numb the rest of the game.”

“They had a really good QB and a big running back who was fast,” he continued. “We were outclassed. They had two platoons and their school was probably 10 times our size.”

After Lambert broke his shoulder early in the game, Vigeant got more touches on offense than usual.

“I had two or three really good runs, but they were much bigger than we were.”

With three more division Super Bowls coming up, a big crowd continued to file in.

“Ken MacAfee, who went on to play tight end for Notre Dame, was playing for Brockton,” Grasso said. “It was a pretty full stadium.

The league championship that earned Hudson Catholic a spot in that game was the school’s first title in any sport.

In college, while trying out for basketball at Army, Grasso was asked by legendary coach Mike Krzyzewski where he played in high school. Krzyzewski had not yet hit it big at Duke.

“I said ‘Catholic Suburban League’ and I was cut the next day,” Grasso said. “It makes for a good story.”

Ted Rolfe made memories as a beloved baseball coach (communityadvocate.com)