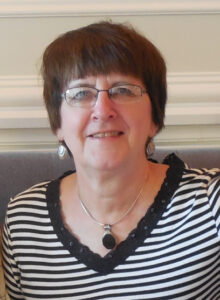 North Grafton – Jessica P. Cacciapouti, 79, of North Grafton, formerly of Westborough, passed away on Sunday, November 7, 2021 after nearly a 4 year battle with lung cancer. She was the wife of Richard J. Cacciapouti.

Born in Webster, she was the daughter of the late Edward and Stella (Gwizdala) Groh. She was raised and educated in Webster and was a 1959 graduate of Bartlett High School.

Jessica was employed as a bookkeeper for Allison Engineering Associates, Inc. prior to her retirement. She enjoyed traveling and has visited 46 states, 14 European Countries and 8 Canadian Provinces. In addition to traveling, she loved to play bridge, card games with her grandchildren, cooking, making pierogi for Christmas Eve and watching her grandchildren play sports, music and dance. She was an avid Red Sox and Patriots fan.

In addition to her husband of 58 years, she is survived by three children, Mark R. Cacciapouti and his wife, Deborah, of Grafton, Brian C. Cacciapouti and his wife, Carol, of Grafton and Melissa A. Rossi and her husband, Craig, of N. Grafton and six grandchildren, Nicole, Sarah, Dominic, Tessa, Caden and Devon. She was predeceased her brother, Edward Groh.

In lieu of flowers, donations in her memory may be made to Dana Farber Cancer Institute at www.dana-farber.org.