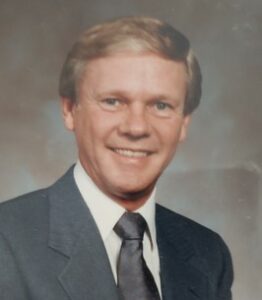 Grafton – Edward J. Hanam left the bonds of earth on November 12, 2021 after a short period of declining health. He was the son of William M. and Martha (Penny) Hanam born on October 25, 1934. They were expecting their 10th child. His sister Edna arrived first and he arrived minutes later. Maybe that is why he liked to surprise friends and strangers with kindness and humor at every opportunity.

He leaves Susan (Henchey) Hanam after almost 31 years of marriage. He leaves his son Edward Hanam and his partner Barrett Goldberg and her children Hugo and Beatrice of, Dacono, Colorado and his son Jeff Hanam and his wife Liz Altman of Framingham, Massachusetts and his daughters Katelyn Hanam of Laguna Niguel, California and Jessica Hanam of Clinton, Massachusetts. He leaves two brothers: Francis Hanam and his wife June of North Grafton and Russell Hanam and his wife Irene of Tucson, Arizona.. He will especially be missed by our pappillon/chihuahua mix Luke Skywalker. He was predeceased by his parents and brothers William, Raymond, and Gerald and his sisters Caroline Bolton, Betty Dunphe, Marion White, Jean Mossey, Shirley Latino, Eleanor Gregoire and Edna Putnam. He leaves many nieces and nephews who each added to his rich life.

The highlight of his youth occurred as a member of three sports teams (baseball, basketball and football). They were city champions in all three sports representing Abbott Street School.

He served in the Air Force during the Korean conflict as a cook. He always was appreciated for his work ethic in all his endeavors. He learned printing following his service. He was able to handle running multiple presses simultaneously. He ran the Norton printing and duplicating departments for many years before retiring in 1991. He experienced a long active retirement with many friends and family.

Eddie received excellent care at U Mass Memorial Duddie Trauma Center followed by Lakeside ICU Cardiac. He had many wonderful nurses who were so attentive. Doctor Richard Palken is the best primary care doctor you could have. Eddie’s hospice care from Salmon Health Services was so attentive and extraordinary. He was comforted by a chaplain, massage therapist, music therapist, social worker and caring nurses.

All are invited to follow COVID protocols at his funeral Mass at St. Mary’s North Grafton at 11 AM on Thursday, November 18th. Burial will be private at a future time. There are no calling hours. Roney Funeral Home is handling the arrangements.

Please honor his memory by being kind and use humor to brighten the day for friends and strangers as often as possible.

His granddaughters have generously worked at St. Jude Hospital in Memphis, Tennessee and Be Like Brit Orphanage in Haiti. Just mentioning because there are so many organizations that improve life for so many.