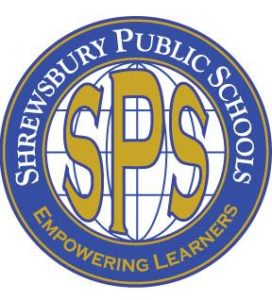 SHREWSBURY – Shrewsbury plans to use federal funds to help its homeless students.

The School Committee voted unanimously in a Nov. 10 meeting to accept $5,118 moving from the federal government through the Massachusetts Department of Elementary and Secondary Education. That money would go toward such programs.

“I think it’s a thoughtful use for this limited amount of funding,” said Superintendent Joseph Sawyer.

According to a memo to the School Committee, the funds were allocated using the highest number of homeless children during either the 2018-2019 or 2019-2020 school year.

Assistant Superintendent of Operations and Finance Patrick Collins said the number of homeless children can fluctuate.

This school year, the population of homeless children in Shrewsbury Public Schools has varied. At its highest, there were seven students, according to district staff.

The number was zero as of Nov. 10, Collins said.

“Some students were put in that homeless condition through adverse economic impacts — loss of job, family breakup, combination of both and/or families displaced by fire,” Collins said. “So, it can be any kind of number of circumstances.”

According to the Massachusetts Department of Elementary and Secondary Education, the goal of the grant is to address the immediate basic needs of homeless students and ensure that they have access to services and programs.

Additionally, the grant is designed to support districts in identifying these students and making sure that staff members are trained to support them.

Shrewsbury plans to provide direct assistance to the students when situations arise.

That assistance will come in the form of gift cards, which Collins said are allowed through this grant.

“It’s one of their suggestions, in fact, to provide the resources that those students may need so that they’re educationally ready to learn when they come to school,” Collins said.

According to the memo, the funds will assist families directly with education-related expenses or transportation costs.

The funds can be used through June 2024, and Collins said the district intends to spread the money out over the next several years.