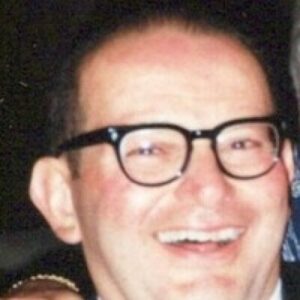 Shrewsbury – John A. Troiano, 80, of Shrewsbury, passed away peacefully at home on Saturday, November 20, 2021.  He was predeceased by his wife of 40 years, Rose Marie (DiBenedetto) Troiano, in April 2012.

John is survived by his two daughters, Danielle A. Sprague and her husband Steven of Leominster and Gianna M. Hoban and her husband Sean of Stow; four beloved grandchildren, Nicholas J. Hoban, Domenic A. Hoban, Sean A. Hoban, and Elena R. Hoban; nieces and nephews.  He was predeceased by his brother, Robert Troiano.

John was born in Worcester, son of the late Ralph and Madeline (Lapriore) Troiano. He graduated from North High School and attended Worcester Junior College and later served his nation proudly in the United States Marine Corps during the Vietnam War.

John had a long career in construction as a truck driver before retiring in 1994; he was a truck driver for Joseph A. Polito and Sons having previously driven trucks for DeGaetano Brothers.  He was an avid swimmer and life member of the Greendale YMCA. He was always ready with a smile and a joke. He enjoyed his home; feeding the birds that would visit his yard; always the talented handyman with his cars and household projects; and he even became quite the skilled cook later in his life (Italian cuisine was his favorite).

He was devoted to his loving family and so proud of his grandchildren.  To him, his wife was the love of his life, his whole world and the sun rose and set on her.  He lived a good life and in his own words…”thanks to my friends and family, because without their support I wouldn’t have made it so far”. May a son, husband, father, papa and friend finally rest in peace.

Funeral Services are being held privately.

In lieu of flowers, donations in his memory can be made to Boston Children’s Hospital, by visiting www.childrenshospital.org, and then selecting “donate.”