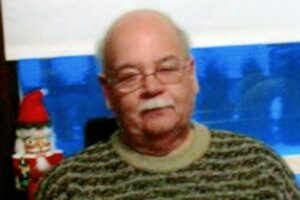 Marlborough – David Bergeron, 70, of 340 Berlin Road in Marlborough, passed away on Sunday, November 21, 2021 at Marlborough Hospital after battling a long illness.

He is survived by his loving daughter, Victoria, as well as his three sisters Diane (Ralph) Cheralla, Peggy (Kennedy) Escobar, and Patti (Karl) Young. He leaves behind his brother-in-law Karl Kurbs, along with several nieces and nephews. He is predeceased by his wife, Phyllis (Kurbs) Bergeron, who passed away in 1989.

David was employed at Snap-On Tool Company for 37 years until his retirement in 2011. David enjoyed model trains, old cars, and woodworking. Most of all, enjoyed spending time with his family and friends, especially his daughter.

In lieu of flowers, donations in memory of David may be made to American Lung Association at https://action.lung.org.