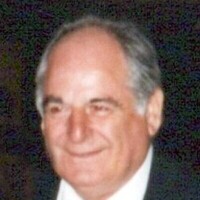 Shrewsbury – Nicholas J. “Nick” Mascia, 93 of Shrewsbury, passed away with his loving family gathered at his bedside Sunday, November 21st, 2021.

Nick was born in Worcester, one of 10 children of Italian immigrants Pietro and Teresa (Ciccarelli) Mascia. He grew up in the Italian neighborhood on Franklin Street,  Married the “Love of his Life” Theresa A Palermo and began a life of family, faith, and dedication for over 72 years.

Nicholas started in the family plumbing business working alongside his father and 8 brothers. He founding his own company Mascia Plumbing and Heating and was  President for over 25 years before accepting a position in the engineering department of the University of Massachusetts before  retiring in 1997. Nick received a special commendation from UMass for saving the life of a patient. During an open-heart surgery the water supply failed. Nick’s immediate presence and poised handling of the problem averted a life threatening situation.

Funeral services were held privately. Memorial contributions in his name can be made to the MSPCA, 350 Huntington Ave, Boston, MA 02130. www.mspca.org. The MERCADANTE FUNERAL HOME & CHAPEL, 370 Plantation St Worcester is honored to assist the family with arrangements.