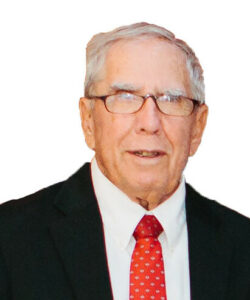 Clinton – Thomas Brian Longtine, 84, of Clinton, formerly of Hudson, MA passed away peacefully on Thursday, November 25, 2021 with his family by his side. Tommy was born in Springfield, MA, raised in Wayland and eventually settled in Hudson and Clinton. He leaves his wife Beverly (Klee) Longtine of Clinton.

Tommy was lovingly given the nickname “Shorty” by his Mansion House softball teammates for obvious reasons.

Tommy loved music, sports, and ice cream – in no particular order. He began his record collection as a teenager in the 1950’s and continued to grow an impressive compilation throughout the 8-track, cassette and CD/DVD eras. He loved all genres of music and even as his memory failed throughout the years, he still remembered the words and would sing along. His music gave him great comfort and was played for him right up until the moment he passed.

Tommy was an exceptional athlete throughout his life. While at Wayland High School, he lettered in baseball, football and basketball all 4 years. He was inducted into the Wayland High School Hall of Fame in 2012 with records set in football that still stand today. Tom was small but extraordinarily fast. During his high school baseball career, he would tell the first baseman that he was going to steal second, and then do it. In his senior year as a halfback on the football team, he won the area scoring title with 102 points in just five games. After graduating he went on to attend college at Florida State University.

Tommy continued to play sports throughout his adult life.  He played on numerous men’s softball leagues including the Foxes in Framingham and the Mansion House in Hudson for many years. After retiring as an engineer from Raytheon, you could find him on the golf course most days. He was a member of the Berlin Country Club for over 30 years as well as the Hudson Elks for over 25 years and worked part time behind the bar cracking jokes and serving drinks to many of his friends.

Tommy was known for his quick wit and clever comebacks. If he was giving you jabs or throwing “zingers”, it meant that he liked you. But you also knew that he had to have the last word!  Wherever Tommy was, there was always laughter around him. He loved to make people laugh and he and Doris instilled that love of laughter in their children.

His love for ice cream was another legacy that he passed down to his children. Tommy never met a hot fudge sundae that he didn’t like. If you needed a way to get him to do something or go somewhere, just include ice cream in the plan and he was game for anything!

Visitations will be held on Tuesday, November 30, 2021 from 4:00pm-7:00pm at the Tighe Hamilton Regional Funeral Home, 50 Central St. Hudson, MA 01749. A Mass of Christian burial will be held Wednesday, December 1, 2021 at 9:00am at Saint Michael Parish, 21 Manning Street in Hudson, MA; followed by a procession to Forestvale Cemetery.

At the request of the family, in lieu of flowers donations may be made to the Alzheimer’s Association at www.alz.org.