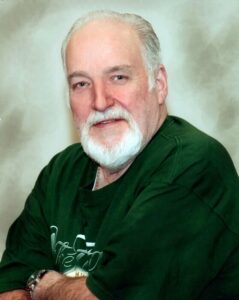 Hudson – Richard Warren Tomlin, Sr, 76, of Hudson, formerly of Waltham, passed away peacefully on Sunday, November 28, 2021 at Reservoir Center for Health and Rehabilitation in Marlborough.

Born and raised in Waltham, Rick was one of 7 children of the late Whitford and Helen (Garrigan) Tomlin. While growing up he attended different Waltham schools. Following high school Rick met his best friend and wife of 54 years, Elizabeth, and soon after settled in Hudson in 1972.

Rick was very active in sports much of his life playing on the men’s softball team league in Waltham and then coaching the Hudson Youth Baseball League for many years. Rick had a deep love for his children and spent many years with his wife volunteering and raising money for children with life threatening  illnesses at Camp Sunshine in Maine. More importantly he loved spending time with his family, especially his grandchildren during cookouts, pool parties, and actively attending their sporting events.

Rick was involved in many different clubs; a long time member of the Hudson Amvets, Hudson Eagles and  Hudson Elks. For most of his career he was a department manager for Waltham Supermarket on Main St. and then retired from Donelan’s Grocery Store. Rick was an avid record collector; collecting  different genres that range from the 50’s, 60’s and 70’s. However, anyone who knew him, knew he was a diehard Elvis fan, so much that he was part of the Elvis Fan Club and for many years has traveled to Graceland many times.  The Boston Celtics were his favorite basketball team and he attended many games throughout the years.  His favorite player was # 33 the great Larry Bird.

Rick leaves behind his wife Elizabeth Tomlin (Liz Hemmerlin); his son Richard Warren Tomlin, Jr of Marlborough; his daughter Stephanie Tomlin of Berlin. He also leaves behind his brother Ronald Tomlin; two sisters Judy and her husband Ronald West, and Marleen Peterson; five grandchildren: Hailey Ann Tomlin, Daisy Elizabeth Tomlin, Jamie David O’Connor, Troy Richard O’Connor and Ricky Tomlin III. He also leaves behind his brother-in-law Chuck and his wife Kim Hemmerlin, along with many nieces and nephews. He is predeceased by his parents Whitford and Helen Tomlin, two brothers; Robert Tomlin and Roy Tomlin, and his sister Lindy McGuire.

Visitation will be held on Saturday, December 4, 2021 from 4:00pm – 6:30pm at the Tighe Hamilton Regional Funeral Home, 50 Central St. Hudson, MA, immediately following a celebration of life at the Hudson Eagles Hall  271 Cox St. Hudson MA. Burial will be held privately at a later date.

In lieu of flowers donations may be made to Camp Sunshine located at 35 Acadia Road Casco, ME 04015 or online at https://www.campsunshine.org/giving/donate-today in Rick Tomlins’ name.