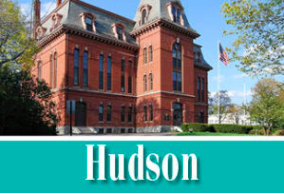 HUDSON – A program to help Portuguese and Spanish speaking parents of English as a Second Language students navigate the U.S. education system will launch in Hudson elementary schools by March of next year.

The parent engagement program, known as “Padres Comprometidos,” or “Engaged Parents,” was first delivered in Hudson High School in 2019. But it was put on pause due to the COVID-19 pandemic.

Now, the Hudson Public Schools are looking to expand the program.

Facilitators roll out program in 2019

“We brought this program into the district a couple years ago as a way of supporting parents of English language learners to better navigate the education system,” Superintendent of Schools Marco Rodrigues said. “[Our system] is, quite frankly, intimidating for anybody, including a person who has an ‘English is not a first language student.’”

Padres Comprometidos is taught at various chapters throughout the country by the parent organization, UnidosUS.

Hudson’s liaisons first took a course run by UnidosUS in 2018 and implemented their high school groups in a series of meetings in 2019.

“It was very eye opening,” Maiuri told the School Committee. “A lot of these programs talk not only about the school system, but also about the developmental stages, especially in elementary school, where there are a lot of changes – physically and emotionally.”

While the original UnidosUS program is taught only in Spanish, the Hudson program has been adapted for Portuguese speakers as well.

The Hudson program has not, however, been adjusted into remote alternatives because it is interactive and works best in person, facilitators said.

Parents break off into groups and discuss concerns, ideas and information among each other in their native language. They then bring those queries to facilitators who can provide more insight in a way that aligns with the U.S. education system.

“A lot of the comments we got were that [the parents] were happy to see their kids had a future,” Maiuri said. “They didn’t think university is reachable when they hear of the pricetag. We explained to them that there are options. There are different programs and scholarships.”

The bilingual curriculum is aimed to influence parents who are not connected to their childrens’ education as a result of cultural differences, economic disparities and/or a general lack of information on how to become involved, according to the UnidosUS website.

“A lot of the parents started with one of them coming and, by the third session they were both [there],” Maiuri said.

School Committee members expressed gratitude for the program with some discussion focusing on whether the program could be done in languages other than Portuguese or Spanish.

The facilitators said they are working to switch up schedules and offer more weekend sessions in spring 2022 to reach even more parents in the school district.

Hudson students’ ‘speak up’ in letters to Editor project