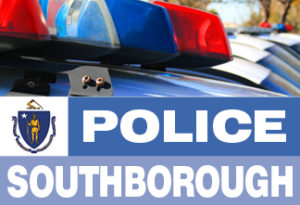 UPDATE: This post has been updated to include additional information from Police Chief Kenneth Paulhus on reported package thefts.

The police announced this on social media.

Chief Kenneth Paulhus then elaborated on the incidents in an email to the Community Advocate on Thursday afternoon.

“Unfortunately, this is a crime that is very common around this time of year,” the Police Department wrote in their initial statement.

Paulhus said the police responded to a report of suspicious activity on Dec. 10 after a resident said that their mail had been sliced open. This mail contained a holiday card, though, and “nothing of value” was taken.

Police then responded to a separate report a day later, Paulhus said, after a male in a black hooded sweatshirt and a ski mask was spotted “making his way through a backyard carrying a bag with packages.” The individual was then picked up by a LYFT driver, Paulhus said.

“That case remains under investigation,” he continued.

Police received subsequent calls on Dec. 13 and on Dec. 14, according to Paulhus.

The Dec. 13 report concerned another suspicious person walking through yards.

The Dec. 14 one came from a resident who reported packages missing.

“[We] figured we would follow up on Facebook with the warning to be proactive,” Paulhus wrote of his department’s response.

Other area police departments have issued similar warnings in recent weeks noting an annual uptick in package thefts around the holidays.

Writing earlier this week, the Southborough Police asked residents “to please keep an eye out for any unusual or suspicious behavior in your neighborhood.”

“If you are home during the day, please occasionally look outside your windows to see if you notice any suspicious behavior in your neighborhood,” they continued.

Police ask those who do see suspicious behavior to contact them.

“If you are able to get descriptions of individual(s) and the license plate of the car they leave the scene in- that information is extremely useful to law enforcement,” the department wrote.