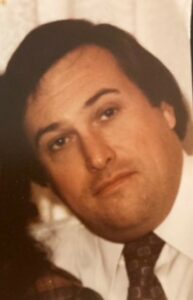 Leicester – Edward J. Lattinville, 72, of Leicester, MA, former resident of Hudson, MA, died on Thursday, December 30, 2021 as a result of complications sustained from a stroke.

Edward was born in Marlborough, MA, son of the late Edward and Pearl (Monreau) Lattinville. He was raised in Hudson attending local schools and was a graduate of Hudson H.S. He attended Worcester State University earning a degree in chemistry. He later returned to school at Central New England College to complete core coursework in Industrial Engineering.

Ed worked for years teaching chemistry and physics and subsequently worked as a chemist, technical writer, and industrial engineer in the pharmaceutical, medical device, and chemical industries. He returned to teaching after the birth of his son Ethan.

He has resided in Leicester the past 30 years since moving from Hudson in the early 1990s.

Edward was a classic rock fan, a guitar and car enthusiast. He enjoyed practicing his guitar skills and also discussing the history of the guitar with others. He always looked forward to relaxing and listening to the “Beatles” music. He will be sorely missed but never forgotten by family and friends.

Family and friends are invited to a short period of visitation on Wednesday, Jan. 5, 2022 from 1:00 to 1:30 PM at the Tighe Hamilton Regional Funeral Home, 50 Central Street, Hudson, MA 01749 with a service to follow at 1:30 PM. Burial will immediately follow in Forestvale Cemetery, Broad Street, Hudson, MA.

In lieu of flowers, donations in memory of Edward may be made to: First United Methodist Church of Hudson or the Salvation Army.