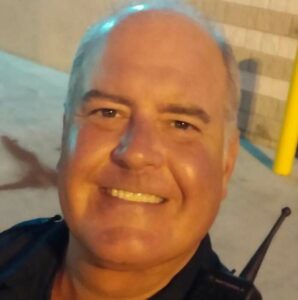 Braselton, Ga. – Scott A. Voutas, 52, of Braselton, GA formerly of Westborough, MA, passed away on January 1, 2022.  He was the husband of Agnes Ojera Voutas.

Born in Worcester, he was the son of Judith M. (Stone) Voutas and the late L. Michael Voutas.  He was raised and educated in Westborough school system and Assabet Valley Technical High School.

Mr. Voutas graduated from the police academy and was pinned in May of 2000 and then joined the Gwinnett County Sheriff’s Office retiring in 2020 as a Deputy Sheriff. While as a sheriff, Scott was a warrant officer and worked his way up to become a Sergeant working in the Gwinnett County Prison. He later became an Asset Protection Team Lead for Carvana.

Scott’s smile was one of his greatest assets, along with his voice, he was a member of the Westborough Community Chorus for many years before moving to Georgia. As a youth, he loved to perform in school productions; he did The Twist in the 6th grade talent show and sang Beauty School Drop-out in the high school production of Grease. He played Red Devils Youth Football and then followed the New England Patriots. Scott loved to be the life of the party, he could tell a joke and have the whole room laughing. Scott also loved to cook but really loved to Barbeque.

In addition to his wife and mother, he is survived by two sisters, Lisa M. Hitchings and her husband, Peter, of Oxford, and Michaela L. Voutas of Westborough; his three nieces, Samanatha Voutas, Madison Voutas and Kimberly Hitchings; as well as many aunts, uncles and cousins.  He also leaves behind his wife’s children Treasure and Trahan. He was predeceased by his brother Timothy M Voutas.

His funeral service will be held on Friday, January 14, at 11:00 A.M. in the First United Methodist Church, 120 West Main St., Westborough. Burial will follow in Pine Grove Cemetery.