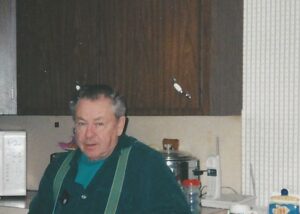 Richard was born in Marlborough, MA, son of the late John J. and Alice R. (Kenney) Buckley. He was raised in Hudson where he attended local schools and was a 1968 graduate of Hudson H.S. Richard served in the Army Reserves for 8 years and was honorably discharged in 1964. He was employed by the Commonwealth of Massachusetts for many years as a building maintenance supervisor until his retirement. He was a member of St. Michael’s Parish in Hudson.

Richard had several hobbies he enjoyed in his spare which included frequent card games with his wife Joanne; an occasional fishing trip with his sons or just spending a leisurely day relaxing at home. He always looked forward to the family camping trips during the summer months which included visits to Blackmans Point in Marshfield, MA and Travelers Woods of New England in Bernardston, MA. A devoted husband father and friend describes him best and he will be surely missed by all who loved and knew him.

Funeral services are being held privately at the convenience of the family. Tighe Hamilton Regional Funeral Home, 50 Central Street, Hudson, MA 01749 is assisting the family with arrangements.

Hudson Board of Health to discuss possible mask mandate in February

“Hudson deserves to have won ‘Best Main Street in the country'”