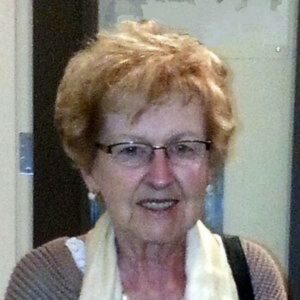 She was born in Worcester, daughter of Harry and Elvira (Olson) Bengston. Ruth was a longtime and active member of Quinsigamond United Methodist Church where she taught Sunday School for over 30 years. She worked 32 years at the former State Mutual Insurance Company retiring when she married Ned in 1985.

Ruth was predeceased by her husband of 24 years, Albert E. “Ned” Adams in 2009 and her sister, Dorothy (Bengston) Reid.

She is survived by four step-sons, Thomas Adams, James E. Adams and his wife Grace, David S. Adams and his wife Lyn and Jonathan W. Adams, and two granddaughters, Shelby and Lydia Adams. She also leaves her brother, Earl Bengston and his wife Jeanine, a niece, Christine MacManus and her husband David and a nephew, Gordon Reid and his wife Susan, and Miriam Reid, the wife of her late nephew William Reid, many cousins, including Larry McCullough and his brother Steve McCullough and their families in South Carolina and Florida.

Ruth loved to travel and made several trips to Europe and even to China. She was very proud of very large collection of over 200 Teddy Bears which she accumulated over the years. Later in life Ruth enjoyed doing puzzles and never found one that she wasn’t able to complete.

What Ruth will be remembered for most was her kindness and loyalty. She was so wonderful to her friends and family, both young and old and truly valued the time she spent with each and every one of them.

Ruth’s funeral services will be held privately. Arrangements are in the care of Lindquist Lundin Funeral Home, 36 Butler Street, Worcester.