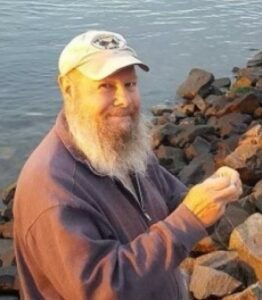 Born, raised, and educated in Clinton, Reggie was one of three children of the late Carl W. Popp and Florence (Wagner) Popp. He graduated from Clinton High School, Class of 1961. Several years later, he enlisted in the U.S. Army during the Vietnam War, serving his country proudly for two years until his honorable discharge. On August 26, 1972, Reggie and Mary were married in Clinton, and later settled in Shrewsbury to begin their family.

He began working as a Forklift Operator at Sweet Life Foods in Northborough, where he dedicated over thirty years of hard work.

Reggie retired in 2003, and was then able to focus on his many hobbies – he loved being outdoors, especially fishing, hunting, and riding his Harley. He also loved attending flea markets, car shows (and especially enjoyed antique cars), and was a collector of everything, including marbles.

In lieu of flowers, memorial donations may be made to The Jimmy Fund (www.jimmyfund.org).

His life will be celebrated privately by his family, and burial, with honors, will be held at a later date.

The Britton-Shrewsbury Funeral Home is honored to be assisting with arrangements.