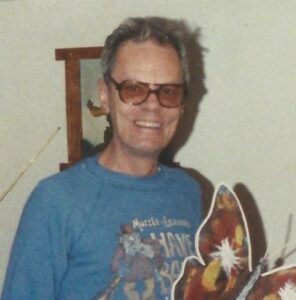 He was a Navy veteran serving aboard the U.S.S. Wisconsin during peace times where he worked as a Communications Specialist. After the military Richard worked as a machinist until he retired. He had a love for hunting, fishing, archery, shooting and being outdoors. He was a proud member of the Fraternal Order of Eagles, the Elks Lodge, and the VFW. Richard was also a member of the Rod and Gun Club in Hudson, MA, and the Fish and Game Club in Marlborough, MA.

The family requests expressions of sympathy take the form of memorial donations to the Wounded Warrior Project at https://support.woundedwarriorproject.org.

Online condolences may be sent to the family at www.Hooper FuneralHome.com.

Arrangements are under the direction of the Hooper Funeral Homes & Crematory of Florida.