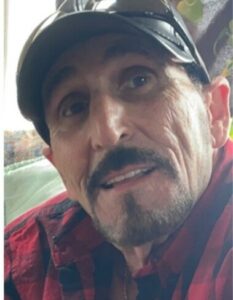 Marlborough – David A. Minasian, 65 of Marlborough, MA passed away peacefully on Tuesday, January 18, 2022, at UMass Medical Center Memorial Campus, surrounded by his loving family, after a period of declining health. He leaves behind his former wife, Margaret (Conley) Minasian who was his loving caretaker and friend.

Dave was born on June 4, 1956 in Rome, Italy son of the late Vasken D Minasian and Pauline R. (Faust) Minasian. He was raised in Hudson and attended local schools. Dave was a 1974 graduate of St John’s HS in Shrewsbury where he played hockey. He worked in construction and building services his entire adult life and took great pride in his work.

Throughout his life Dave had a passion for fishing and has passed his love for the “catch and release” on to his son Mike. Dave loved all New England sports but treasured his time teaching his son Anthony how to play baseball. Some of his fondest memories were road trips with the MYBA 12 yr. old All-Star Team and holding Wiffle Ball Tournaments in the back yard. Dave was also beyond proud of Mike and Anthony’s love of music and was their #1 Fan!

Dave enjoyed his daily trips to “Dunks” to grab an iced coffee with Sasha and Brooklyn and could be found listening to his tunes in his Denali. Dave loved his family and friends and would help anyone who needed a hand or a spot on the couch for a night. Dave will be missed by all who loved him, but we take comfort knowing that he is no longer in pain and is reunited in heaven with God and those he loved that went before him!

Relatives and friends are invited to a period of visitation from 5-7pm, on Thursday, January 27, 2022, at TIGHE HAMILTON REGIONAL FUNERAL HOME, 50 Central St., Hudson, MA. Burial will be held in the Spring.

In lieu of flowers, memorial donations may be made in Dave’s memory to Rescue Road Trips at http://rescueroadtrips.org.