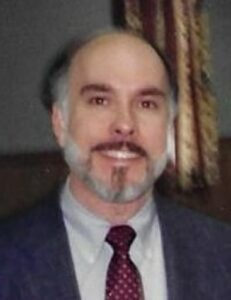 Northborough – Mr. Jeffrey Charles Watkins, 74, of Northborough died at his home on Friday, January 14, 2022.  He was the son of the late Eleanor (Woodbury) and Earle Watkins of Southborough.

Jeffrey was a graduate of Dean Junior College and The University of Hartford- Hartford Art School.  His alabaster sculpture of a walrus was chosen for Dean College’s private collection.  He founded Watkins Design/Graphics in 1973 and opened his home studio in 1977. He worked on projects for numerous clients including Anna Maria College, Century Bank, Hanover Insurance Company, Mechanics Hall, Washburn House, Worcester County Horticultural Society, and many others.

Mr. Watkins was a member and a former deacon of Pilgrim Congregational Church and active with the Steeple Coffee house for many years. He was also connected to the First Community Church of Southborough.

Arrangements are under the care of the Morris Funeral Home, 40 Main Street, Southborough.