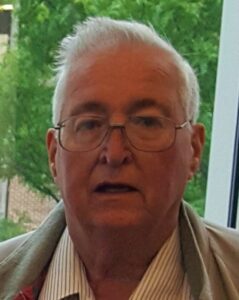 Marlborough – William W. George, 78, of Marlborough died Wednesday January 19, 2022 at Marlborough Hospital. He was the husband of Blanca N. Silva for the past 33 years.

He was born in Oak Bluffs, MA the son of the late Carlisle G. and Esther G. (McClure) George and was a graduate of Needham High School Class of 1961. Bill also graduated from Franklin Institute in Boston where he received a Degree in Metal Fabrication.

He was a supervisor at Raytheon for 26 years before retiring in 1997. Bill was Pastor of The Faith in Christ Tabernacle Church in Marlborough.  He loved his family, friends and serving in the community. He enjoyed golfing, traveling, road trips, camping in his RV and summers at Martha’s Vineyard. He adored his grandchildren.

All are invited to sign Bill’s online guestbook at www.collinsfuneral.com.

In lieu of flowers donations may be made in his memory to American Diabetes Association or Juvenile Diabetes Research Foundation (www.JDRF.org).