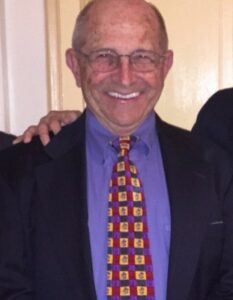 Edward was born in Waltham, MA, son of the late Eric B. and Mary (Logan) Nisbet. He was raised in the Hyde Park area of Boston, attending local schools, and was a 1965 graduate of Hyde Park H.S.

Following high school, Edward spent a short time with the National Guard. He began a long career of operating heavy equipment with Nisbet Trucking, and later branched off on his own to start the Edward Scott Corporation in Hudson. He then joined Blue Jay Transportation in Hudson where he was fortunate enough to work with all 4 of his brothers. The final step in his career was spent at Rinchem Corp. of Marlborough, where he was currently employed operating trucks.

He was a former member of the Marlborough Lions Club and a member of Saint Michael’s Parish in Hudson.

Besides his parents, Edward was predeceased by his loving wife Janice M. (Curley) Nisbet in 2017; his son, the late Edward E. Nisbet who died in 1998 and his step-mother, Margaret “Peg” (Sweeney) Nisbet in 1997. He is survived by his son, Scott D. Nisbet and his fiancé Allison Benoit of Hudson, MA; his daughter, Kelly Nisbet-Chaves and her husband Scotty of Hudson, MA; his three grandchildren Cameron, Kailey and Cole Chaves, all of Hudson, MA; his brother, Ronald Nisbet of Framingham, MA; his two sisters, Lynda Packer and her husband Buddy of Dorchester, MA, Jayne Savioli, wife of the late Alexander Savioli of Hudson, MA along with many nieces, nephews, other relatives, friends and his favorite K-9 buddy “Lucky”. He was the brother of the late William Nisbet, John Nisbet and Arthur Nisbet.

Edward was often referred to fondly as Niz, Dad, Papa or Ed. He had a variety of hobbies and interests which included trips to the casino with Janice, attending comedy shows, and spending time with “Lucky”.

His true passion was spending time with family, especially with his grandchildren. Spending his free time at the family cottage in Manomet was always special, and attending sporting events for his children and grandchildren were always something that he cherished. Edward will forever be remembered as a devoted and loving husband, father, grandfather, brother and friend. He leaves behind memories of laughter, a contagious smile and a warm heart that he shared with all who knew and loved him.