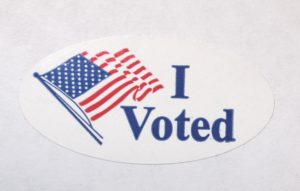 WESTBOROUGH – Westborough’s deadline for candidates to return election papers has passed, currently leaving a ballot with no contested races.

Candidates have until Feb. 3 to withdraw their papers if they no longer want to be on the ballot.

Assuming the current ballot remains unchanged, there will be a new face coming to the School Committee, though, as incumbent member Sara Duella has opted not to seek re-election.

Edward Baldwin, Kathleen Daly and Mary Ellen Johnston are seeking reelection to the Trustees of the Public Library.

Town Clerk Wendy Mickel noted in a press release that there are five vacant seats for the Trustees of Soldiers’ Memorials.

“If you are interested in serving on this board, please plan to run a write-in campaign,” Mickel said.

This year’s election will take place on March 8. Residents of all precincts will vote in the Westborough High School gym. Polls open at 8 a.m. and close at 8 p.m.